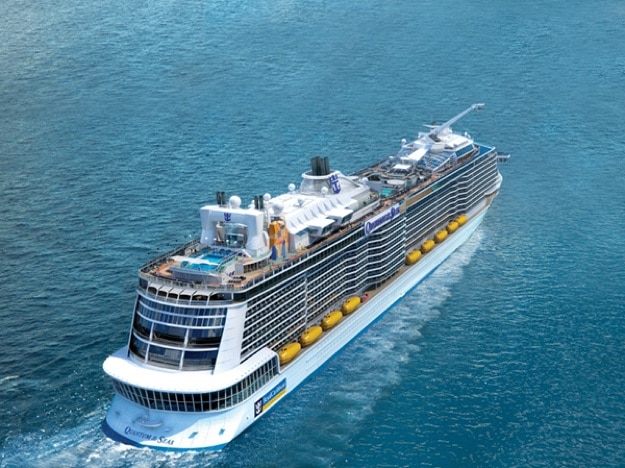 Royal Caribbean Announces Itineraries For Quantum Of The Seas

When Royal Caribbean announced their new Quantum class ships in April, one of the biggest questions of most people’s minds was – where do they go?  Today the company answered that question by revealing the itineraries of Quantum of the Seas‘ first 18 cruises.

Ranging from seven to twelve nights, with the official inaugural voyage set for November 23, 2014, Quantum of the Seas’ first 18 Caribbean sailings will sail roundtrip from Cape Liberty Cruise Port in Bayonne, N.J. to the most popular Caribbean destinations through April 2015.

Vacationers in the New York-metropolitan area and around the world can choose among seven- and eight-night Bahamas, eight- to 11-night Eastern Caribbean, and 11- and 12-night Southern Caribbean itineraries aboard Quantum of the Seas.

Royal Caribbean’s Quantum class of ships will take a dramatic leap forward, introducing more game-changing “firsts at sea,” such as RipCord by iFly, the first skydiving experience at sea, which allows everyone from first-time flyers to seasoned skydivers to enjoy the sheer thrill and exhilaration of skydiving in a safe, controlled and simulated environment. North Star, an engineering marvel, will take guests to new heights – literally – with a jewel-shaped, glass capsule, transporting them on a spectacular journey more than 300 feet above the ocean and over the sides of the ship to deliver awe-inspiring 360-degree views.

The new Quantum class also will introduce new cutting-edge, transformative venues, including Two70°, a multi-level great room aptly named for its magnificent 270-degree panoramic sea views through three-deck high, floor-to-ceiling glass walls at the stern of the ship; SeaPlex, the largest indoor sports and entertainment complex at sea with bumper cars, roller skating and circus school with trapeze; and Music Hall, a two-story performance hall, inspired by the spirit of rock and roll, and the hottest live music venue on Quantum class. 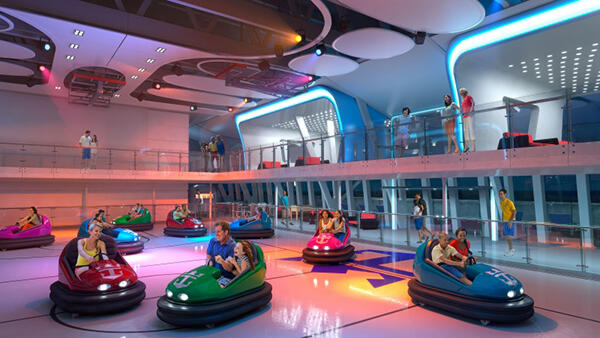 Bookings will be available to Crown & Anchor Society loyalty program members beginning May 28, 2013 before opening to the general public on June 4.

What are you looking forward to the most about Quantum of the Seas?