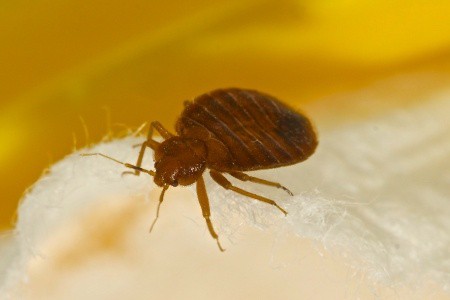 Bed Bug Problem in Canada and US ‘Worse than Ever’

Travellers beware! As we all continue our Summer travels there is one thing that families should be aware of when exploring.  After all you only want to bring home memories… According to experts, the bed bug problem in Canada and the United States is getting worse instead of better. In fact, the populations of them are multiplying in record numbers in cities and smaller communities across the country – up more than 20 percent since last year.

“They’ve got a really good foothold in Canada and the United States, and we don’t see that changing anytime soon,” Mike Heimback of Abell Pest Control, told CTV’s Canada AM on Monday Morning. He added that, while they had started out as an urban problem – occupying primarily largely occupied towns and cities – they’ve now spread to rural and less-populated areas over in recent years.

About the size, shape and color of an apple seed, bed-begs hide in the seams of mattresses. At night, when the bed is occupied, they emerge to feed. The bite is similar to that of a mosquito bite – an itchy welt in the spot where they drew blood from the skin.

They hitchhike rides in suitcases, clothing, and bags. But they can also be found in discarded furniture and electronics that people bring into their home. The worst part is, unless you check inside your mattress, you’re unlikely to realize you have an infestation at first.

“They know how to live unseen,” Heimback said. “The key is to learn to identify them and to act quickly if you get them.”

Bed begs aren’t sanctioned to certain socioeconomic classes, and they don’t discriminate. They can be found in even some of the top hotel chains. But you can check for them in your home, in hotels, and in used furniture to either avoid or get rid of the problem.

Tell-tale signs of bed bugs include the small, red bites as well as leftover insect husks, blood spots and black droppings in mattress seams and near the headboard. If you see this in a hotel, request a different room. If you see it in used furniture that you plan to purchase, don’t buy the item. If you see it in your home, call an exterminator.

“You can’t get rid of them,” Heimback said. “You have to call an exterminator.”

In fact, Heimback says that trying to get rid of them by yourself with over-the-counter sprays can end up making the problem worse. More times than not, you’ll simply agitate the pests and force them to spread out, which will ultimately widen the area of your home infestation.

The time you’re most likely to experience an infestation? According to Heimback, it’s the warmer months, between June and October. This is when bed bugs reproduce the fastest. It’s also when most people are traveling, and since the pests are extremely transferable, they often find their way into people’s homes during this time of year.