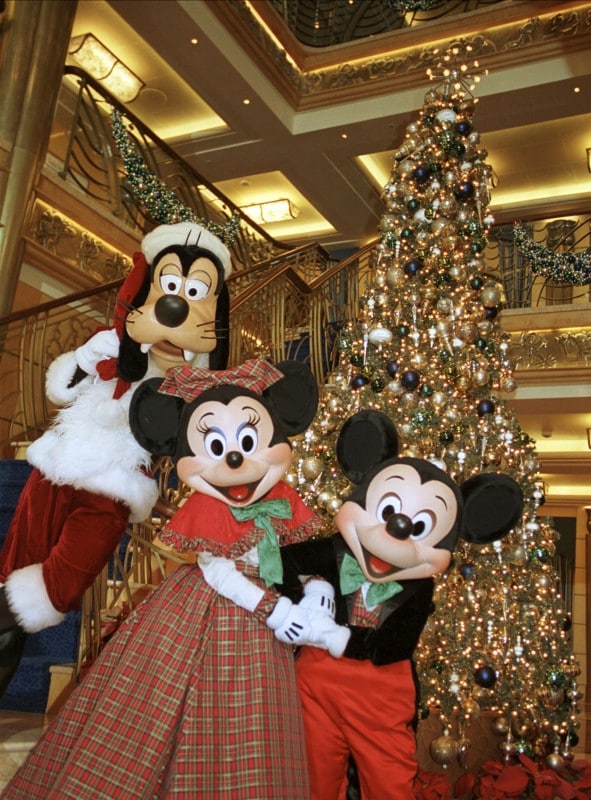 If you are planning to sail this holiday season Disney has a long list of special event planned for cruisers! 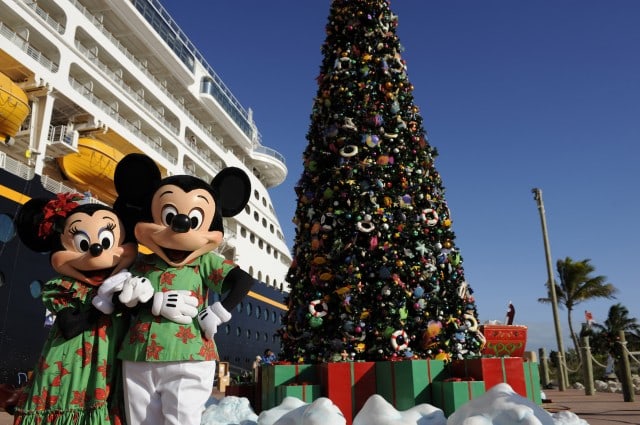 On Thanksgiving Day, guests will enjoy a feast with Mickey Mouse, Minnie Mouse and friends dressed in traditional Thanksgiving attire and a special turkey towel animal in their stateroom upon turndown. Also during the special Thanksgiving voyages, big NFL football games will be broadcast live on the ships’ outdoor, jumbo LED screen – Funnel Vision – located near the family pool.

Christmas morning at the atrium lobby tree Santa Claus and his elves will have surprises for all the kids. Later in the day, guests will enjoy caroling from the crew choir plus a special musical performance from the children. A traditional Christmas Dinner will be served that night in the dining rooms. 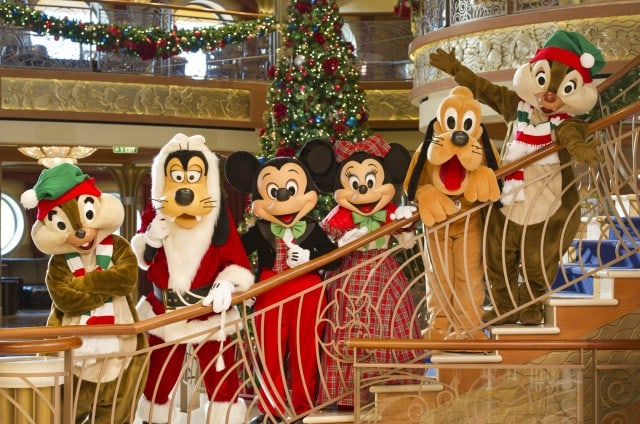 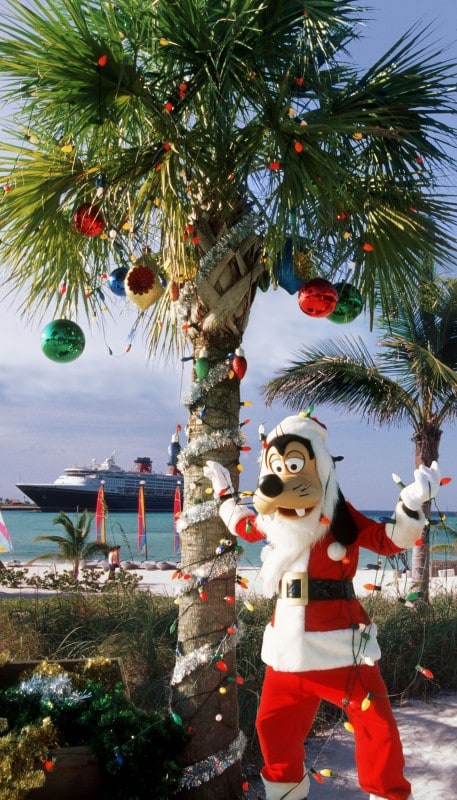 To celebrate the new year, voyages include a special New Year’s Eve party to ring in 2014, complete with music, sparkling wine in commemorative flutes and a midnight countdown with balloon drops.