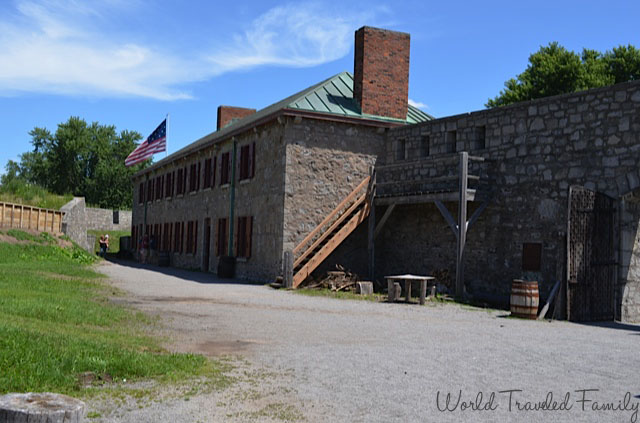 Learning About the War of 1812 at Old Fort Erie

As luck would have it we have been learning quite a bit about history this Summer. From the Canadian Warplane Museum to the tall ships, the theme has definitely been how we defended our country during times of change.

Continuing this we added Fort Erie to the list of places we wanted to visit while travelling around Ontario this Summer. 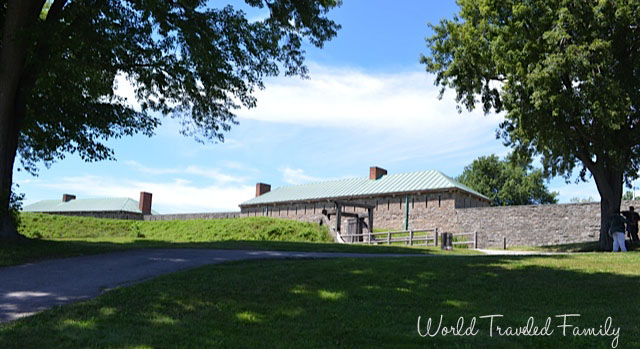 Visitors who come to see the Fort are able to roam all of the grounds where staff are positioned to answer any questions you may have.

When you arrive you can first tour the museum in the main building where some incredible artifacts from this important period are on display. 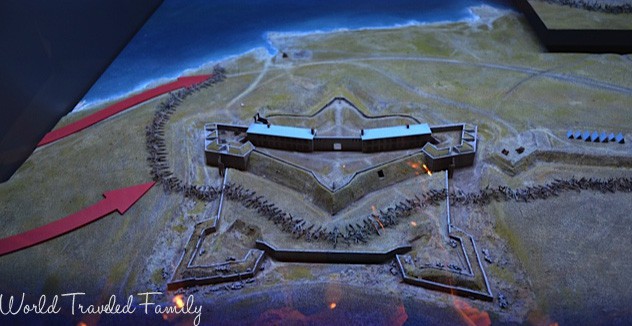 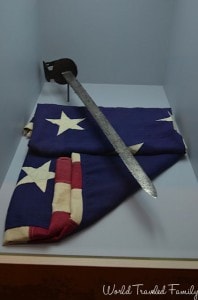 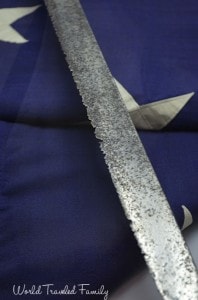 After learning about how the battle was fought you can explore the grounds of the Fort.  As you walk from the museum to the fort your will pass a monument that was originally erected in the ruins in 1904.  It now stands over a mass grave that was uncovered during the fort’s restoration. 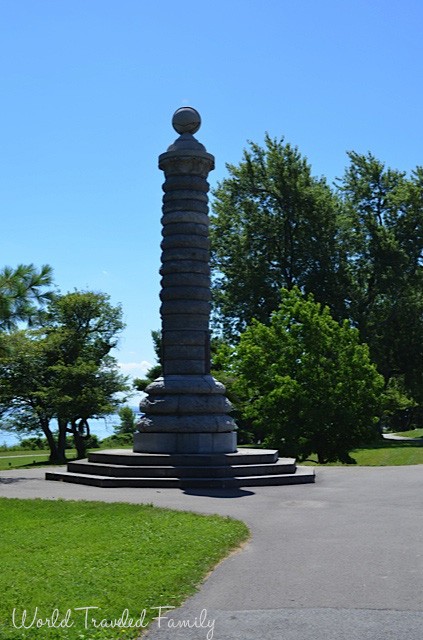 When you start to explore the site you will notice the ditch around the property. Called the dry trenches, this area was filled with sticks and sewage during battle. When the opposition tried to get close to the fort they would be impaled by the sharp sticks and sickened when those wounds were exposed to bacteria in the sewage. 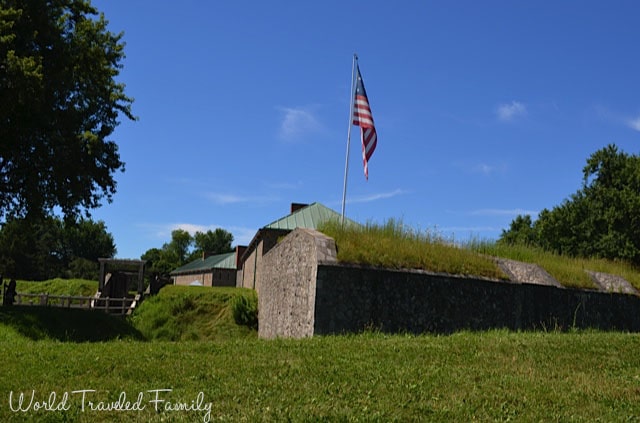 Upon arriving at the entrance to the fort you will approach a huge gate that was constructed with a metal fork strip along the top.  One of the lowest points, this was likely added to ensure that anyone climbing over was met with some resistance. 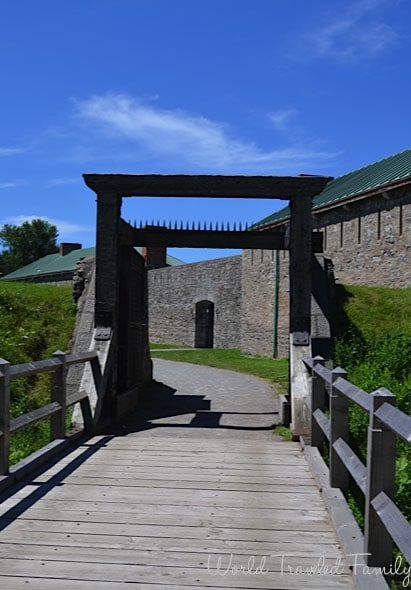 Inside, Old Fort Erie is split into two buildings; the barracks on the left and the building that houses the surgery room, kitchen and soldiers’ supplies on the right. 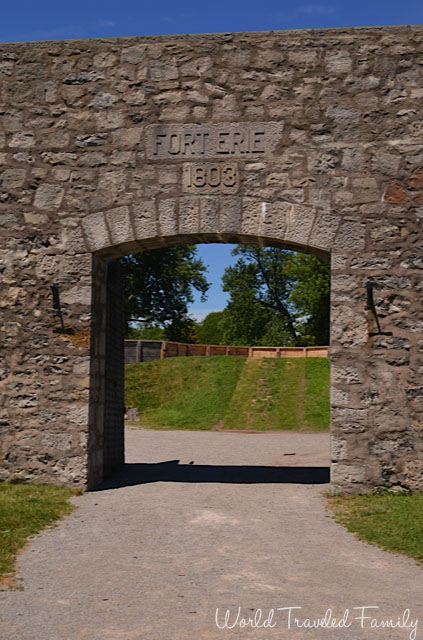 Visitors can tour all of these areas and get a first hand view of how those on the front line lived when they were not on the battle field.

The soldiers’ barracks housed the men, their wives and children.  The room would have accommodated 60 people.  In wartime, the troops worked and slept in shifts, which allowed as many as three times the occupants in the barracks.

From the dining area there is a pass through window that likely allowed the officers to stay in contact with their batallion. 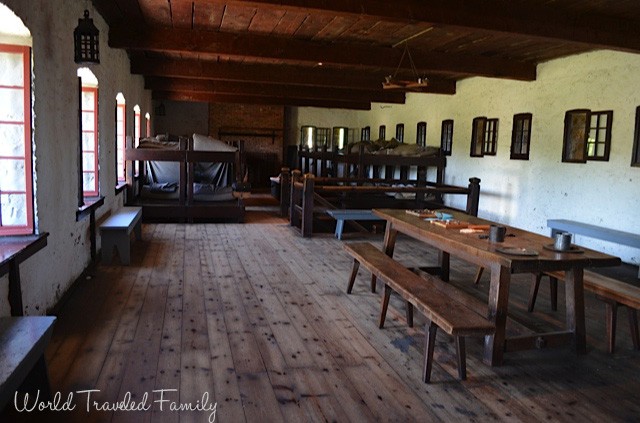 In contrast, the officers quarters and mess area was luxurious, resembling a fine dining establishment.  Also included is a canopy bed that was the original travelling camp bed for Capt. Kingsley of the 8th Regt of Foot, who served at Fort Erie. 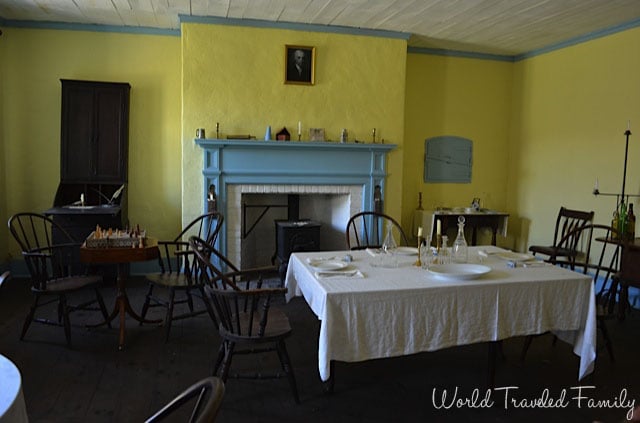 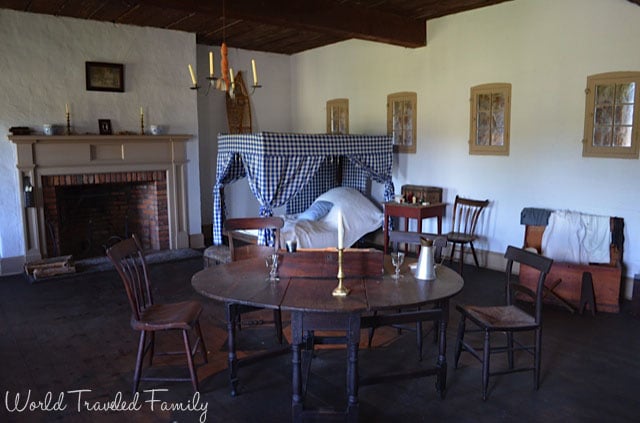 The second building houses the surgical room, kitchen and supply room for the soldiers. 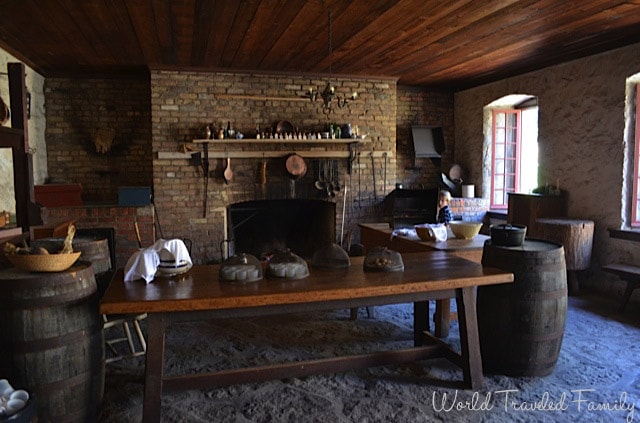 Afterwards we walked around the grounds and my two checked out the redoubts and of course, the cannons. 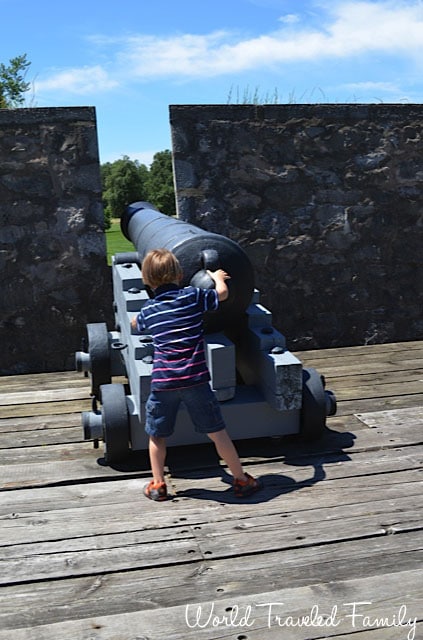 This visit provided my boys with a real look at life during a time of defense and our experience opened up lots of questions about history.  Trying to keep it simple, I was able to give them an introduction into how it changed who we are as a country.  The best part – they were listening to every word.   I truly believe that kids will learn more if the information is presented to them in a way that they can imagine and Fort Erie does this.

If you would like to get more out of your visit Old Fort Erie is hosting a Siege of Fort Erie re-enactment weekend, Aug 10-11. The main battles take place early afternoon, and there is also an evening lantern tour on the Saturday evening at 9pm.