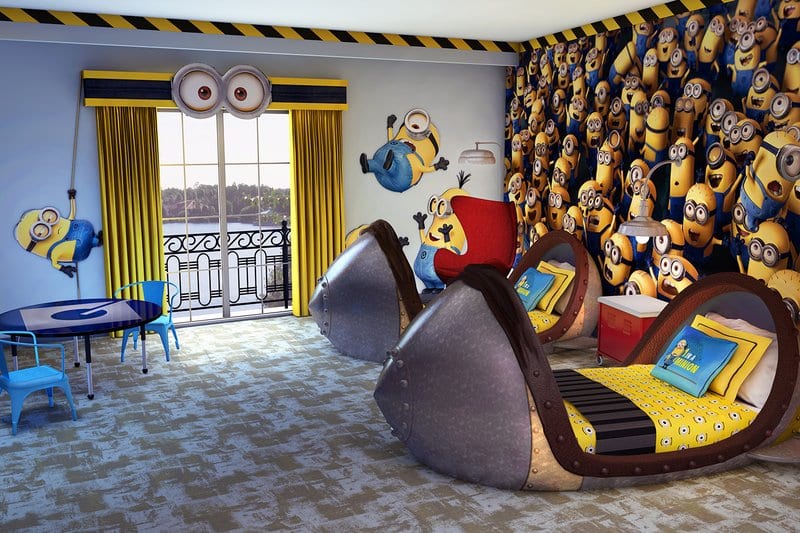 How fun!  The worlds first and only Despicable Me-inspired hotel suites are making their debut at Loews Portofino Bay Hotel at Universal Orlando Resort. The suites bring to life the excitement and playfulness of Grus house, featuring missile beds and Minions, who rappel from the ceiling and surround guests with their unpredictable antics. 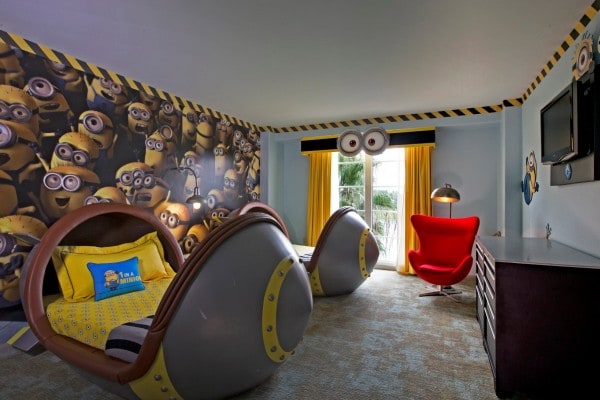 A special time-lapse video captured the entire renovation from start to finish, along with the mayhem that ensued along the way.  The project took more than 5,000 hours of work, 600 yards of carpeting, 36 missile beds,  dozens and dozens of Minions and countless bunches of bananas to complete.

“Our guests will love the theme and attention to detail that went into creating these one-of-a-kind suites,” says General Manager Diane Petit of Loews Portofino Bay Hotel.   “From the moment they step inside, children and adults alike will be swept up in the world of Despicable Me.”

All 18 of the hotel’s luxury suites have been transformed to enchant little travelers.

The Despicable Me Kids Suites let mom and dad have a little privacy, and the kids have some fun! With a standard king bedroom for the adults plus a separate room for the kids, there’s plenty of space for the whole family at 650 – 675 square feet. 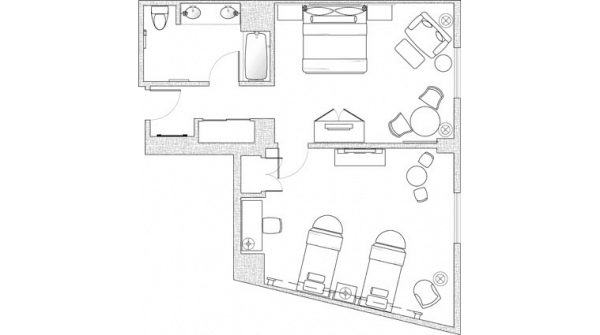 A pale blue interior creates a soothing backdrop, while touches of Grus laboratorys red accents remind guests that they are indeed in an unforgettable Minion adventure. 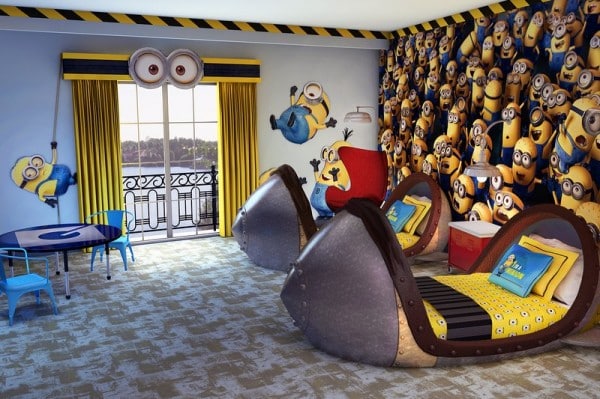 These two-room suites feature the kids room outfitted with custom-designed missile beds with Minion-inspired bedding, so that children can sleep like Grus adorable girls: Margo, Edith and Agnes.

Plus for added safety, the two separate rooms are connected via a door that can be open or closed, and feature a single entrance to the adult room.