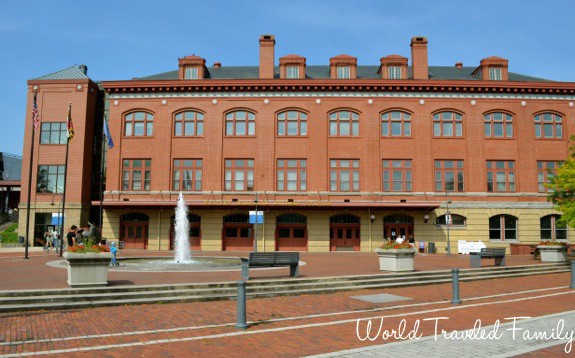 Riding The Rails With The Western Maryland Scenic Railroad

While planning our recent trip to Washington, DC I found quite a few great reviews online about the Western Maryland Scenic Railroad tour that travels round trip from Cumberland to Frostburg.

Looking for a place that we could stop to break up the 9 hour trip, I thought the Western Maryland Scenic Railroad(WMSR) would be a great way for the kids to see the Allegheny Mountains and also get to ride on a vintage train.

The Western Maryland Railway Station was built in 1913 and operated as a passenger station until the WM ended service in 1959.  The station still continued to be used by the railway until 1976.  In recent years it was restored and repurposed as a tourist attraction that offered rides between Cumberland and neighboring Frostburg.

When we arrived at the terminal the 1916 Baldwin-built 2-8-0 steam locomotive was ready to go and there were many people positioned in front of it waiting to have their picture taken beside it.  Impressive, this beautiful train has been restored to look as majestic as it did during its glory days.  A young man was filling it with coal and he and the conductor happily posed with my boys for pictures. 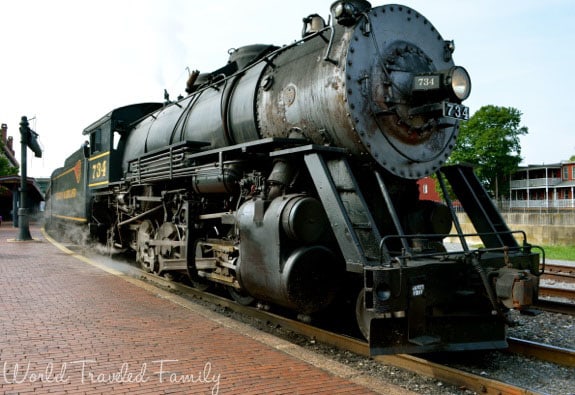 For your riding pleasure, the WMSR offers three classes of passengers; standard, club service and first class.  Keeping it on budget we chose economy and were happy with the bench seats that were provided. The seats can be positioned to face front or back so families travelling as a foursome(as we were) are able to sit facing each other.

I was able to get a peek at the club service and those passengers appeared to be riding in captain’s chairs.  First Class travellers sat at tables and were fed a meal during their trip.  My guys were just happy to be on the train and didn’t care where they sat.

Once we got going the train moved at a nice enough pace that we could check out the sights.  During our ride the train went over a few bridges and through one tunnel.  A local treasure, many people waved to us as we passed roadways or private properties. 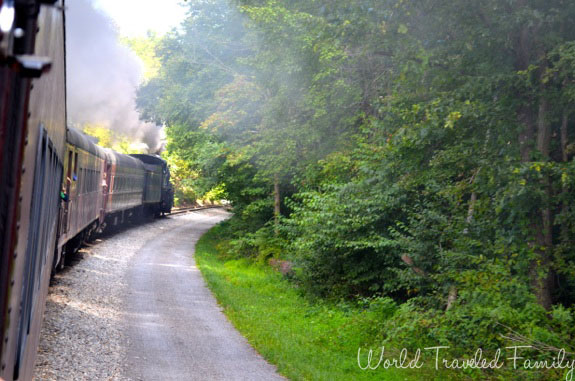 After travelling through the mountains for an hour we arrived in the little town of Frostburg where we were given 90 minutes to look around. 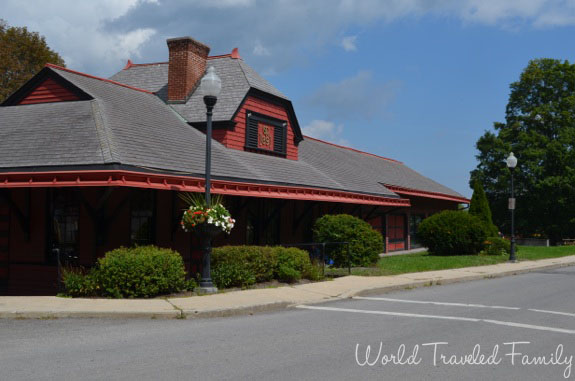 When the train arrives, the real excitement happens when the train turns around on the turntable.  About 5 minutes after the train lets its passengers off it detaches from the passenger cars and then pulls in to the turntable to be repositioned.  A wooden stair case built along the side gives visitors a look at the train spinning around.  It happens quickly but it is exciting. 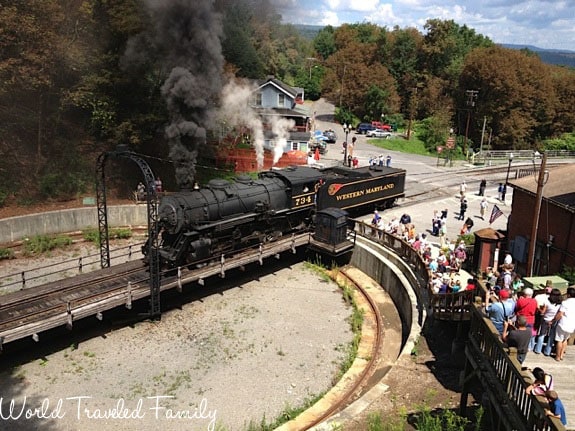 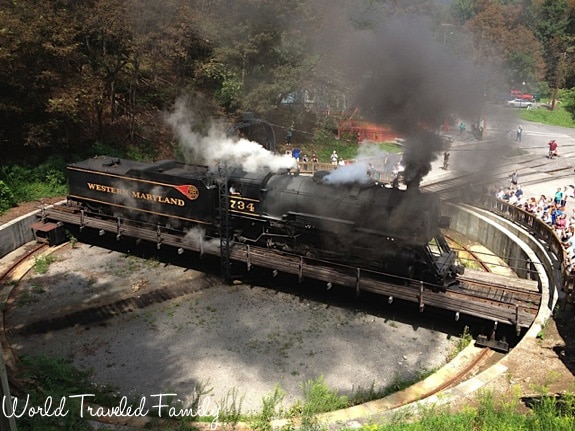 Once the show was over we headed for some ice cream and to check out the Thrasher Carriage Museum.

If we had more time we would have ventured further into Frostburg. Just a few steps from the viewing area there are quite a few shops for visitors to look through.

On the way back, I realized that you could go out onto the platform located in between each car to get a better look at the countryside and also get some great pictures of the train moving along the track.  What I didn’t know was that the train is constantly spewing tiny pieces of coal from its stacks.  If you are planning to take advantage of this great view I highly recommend wearing sun glasses to protect your eyes and a hat to prevent the tiny pieces from getting stuck in your hair.  Even after showering, I still had little pieces of coal stuck in my hair… 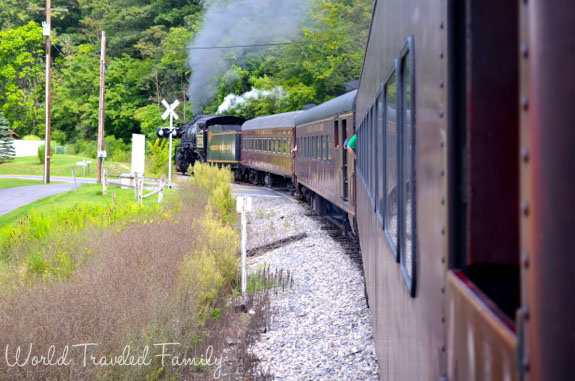 If you are passing through Cumberland on your way to Washington, I highly recommend taking a few hours out of your day to ride on the Western Maryland Scenic Railroad.  It was a great tour that the kids are still talking about. 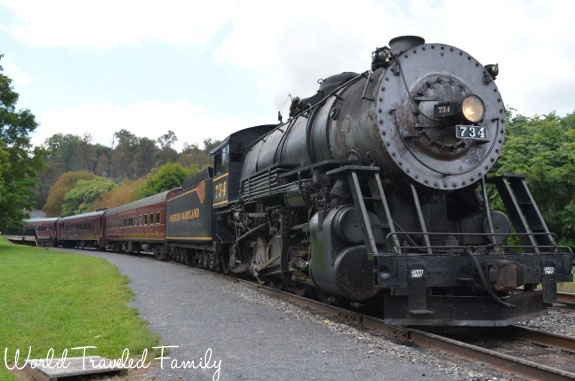