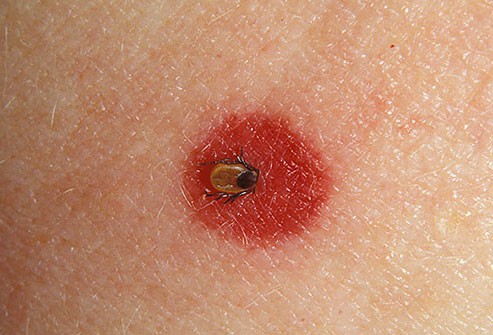 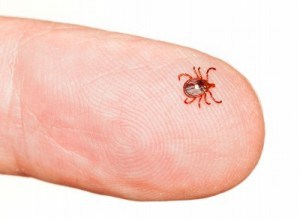 Summer may be over for most families, but summer weather isn’t! And that means that families are still spending their time outdoors. While this provides many benefits to families (exercise, connection to nature and more), there is also a threat that parents should watch carefully for when spending time enjoying the great outdoors.

Lyme disease, a condition caused by the bacteria Borrelia burgdorferi, is carried and transmitted by blacklegged ticks. Symptoms that the infection is present include fever, headache and a characteristic skin rash called erythema migrans. If not treated, infection can spread to the joints, heart or nervous system.

More than 300,000 new cases of Lyme disease are reported to the Centers for Disease Control and Prevention (CDC) every year, which makes it the most commonly reported tick-borne illness in the United States. However, some reports suggest that the illness is far more prevalent.

“We know that routine surveillance only gives us part of the picture, and that the true number of illnesses is much greater,” Dr. Paul Mead, chief of epidemiology and surveillance for CDC’s Lyme disease program in Ft. Collins, Colorado, told the International Conference on Lyme Borreliosis and other Tick Borne Diseases, which was held in Boston this week.

He and his colleagues came to this conclusion after looking at several sources, including billing records of 22 million people, a 2008 survey of laboratories processing blood tests and a survey of patients that asked if they had ever been diagnosed with Lyme disease. All in all, researchers found that many cases of Lyme disease go unreported.

“Not everyone diagnosed or treated for Lyme disease is necessarily infected with Berrelia burgdorferi,” the team wrote in a summary submitted to the conference. “Nevertheless, these results are consistent with earlier estimates that Lyme disease cases are underreported by a factor of three- to 12-fold.” 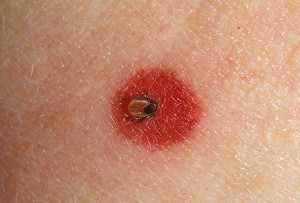 The new information has the CDC thinking about more wide-spread efforts in reducing the overall tick population in the United States. Considerations being made include killing ticks within backyards, controlling rodent problems and reducing interaction with deer in suburban areas.

“We need to move to a broader approach to tick reduction, involving entire communities, to combat this public health problem,” CDC’s Dr. Lyle Petersen said in a statement to NBC News.

Though it is most common in the Northeast and the Midwest, Lyme disease cases have been reported from all 50 states. Its complex life cycle involves deer and mice, and it is usually the smallest, most immature ticks found on rodents that are responsible for transmitting the infection to humans.

“That’s why it’s important to carefully check your body and clothing for ticks after being outdoors in woody and grassy areas,” the National Institutes of Health advises. “If you see a tick, you can lessen the chance of infection by removing it from your body early, even if it has already begun to feed.”

To decrease the chances of even acquiring a tick while enjoying the great outdoors, the CDC recommends using an insect repellent containing DEET. In addition, it’s important to check for ticks after spending time outdoors, and to stay out of bushy, wooded areas as much as possible.

“We know people can prevent tick bites through steps like using repellents and tick checks,” the CDC’s Petersen said. “Although these measures are effective, they aren’t fail-proof and people don’t always use them.”

If you do end up getting bit by a tick, and you start to notice symptoms of Lyme disease, you should make an appointment with your doctor immediately. Swift treatment can reduce the chances of long-term symptoms, which occur in up to 20 percent of all diagnosed with the infection. Treatment may include a single dose of doxycycline (an antibiotic). However, for cases that take longer to diagnose, a three to four week course of antibiotics may be prescribed. (It should be noted, however, that not all experts agree that the long-term course treatment is beneficial.)

More information is available at the Canadian Public Health site.