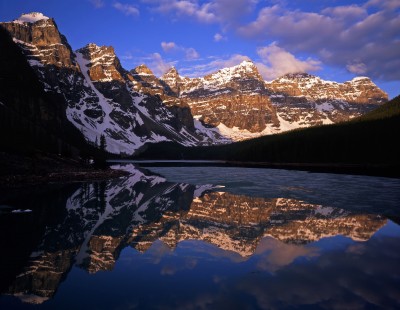 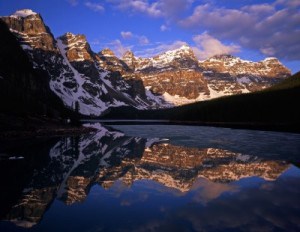 This summer, Parks Canada is celebrating their 100th birthday and we’re all invited!

Parks Canada is the oldest national conservancy in the world. Canada and the U.S. had both designated national parks, by 1911, but Canada was the first to entrust a governing body with oversight of the country’s parks and heritage sites.

Parks Canada is the custodian of the country’s spectacular natural environments and gripping history, and manages these sites, in trust, for the Canadian people and for visitors from around the world. Many of Canada’s national parks and historic sites have UNESCO designation.

Now, when some folks think of Canada, they picture a country full of polite people, who like to mind their own business, eat oatmeal and drink warm water. Pretty bland, right? Mmm not really. 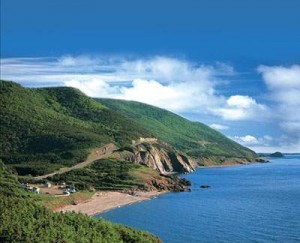 From the soaring peaks of the Rocky Mountains to the plunging cliffs of the Cabott Trail, Canada’s national parks and historic sites will knock your socks off at every turn.

Sites include the dizzying spectacle of Banff National Park, the northern most reaches of North America in Quttinirpaaq National Park; the historic re-enactments at the Fortress of Louisbourg and the Fortifications of Quebec City, the last walled city remaining in North America.

The beauty of Jasper’s Rocky Mountains is lost on no one. Palaeontology can be explored in the Grasslands. Permanent glaciers still exist in Glacier National Park. And, adventurers can kayak the world’s highest tides in the Bay of Fundy. There are countless experiences and adventures to be undertaken in Canada’s National Parks.

In terms of history, Canada is considered a very new country. There aren’t a lot of Canadians living in medieval castles. Nevertheless, there are thousands of years of human history to be explored in Canada’s National Historic Sites.

Forts, historic homes, lighthouses and feats of engineering, Parks Canada is the steward of a tangible archive of Canadian history and culture.

Step back in time at L’Anse aux Meadows, the only authenticated Viking settlement in North America; a place that has seen human inhabitants for the past 4-5,000 years.

Cruise the Rideau Canal along its 202 kilometre route, through 46 locks and see Kingston and Ottawa in the process. In the winter, the Rideau Canal transforms and becomes the longest, ice rink in the world; commuters actually skate to work! 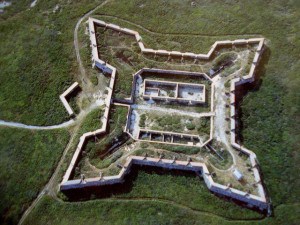 Prince of Wales Fort, Churchill, Manitoba, is another area that has been inhabited for 4,000 years. The fort is one of the many historic sites where visitors can learn about Canada’s fur trading past and the Hudson’s Bay Company, one of the oldest commercial corporations in the world. Canada was not an easy country to build and visitors to the site get a taste of the settler’s life and the hardships they endured.

In celebration of their 100th anniversary, Parks Canada wants Canadians to, “be wowed and be proud.” There are two doors open events coming up, July 1st (Canada Day) and July 16th (Parks Day) when the national parks and historic sites fling wide their doors to be enjoyed by everyone, free of charge. Explore the Parks Canada website to discover more about the diversity of Canada’s national parks and historic sites. – Jen R, Staff Writer