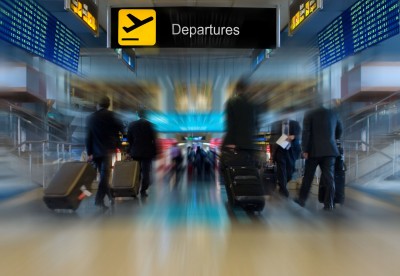 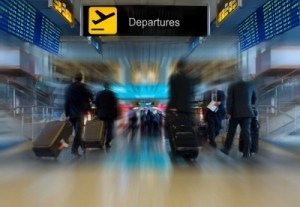 According to World Health Organisation about 30, 000 travelers are infected with malaria while on their travels. And yet a study by the Journal of Travel Medicine is December finds that most international travelers do not take any health advice before their trip concerning malaria or any other infection they can catch while traveling.

Dr. Bruce Kane, medical director of Passport Health says most people do not ignore the warnings, but are just not aware of the health issues.

“I just think it is ignorance. I don’t think travel agents even mention the thought of protection. And it is only if the travelers wonder themselves and seek out their physician who refers them to us that they would know,” he says.

The recent case of George Clooney being infected with malaria while on a trip to Sudan only shows that the warnings are not baseless. Malaria is still a cause of 890,000 annual deaths and it makes 250 million people sick each year. The malaria parasite is common is Africa, southern Asia, South America and part of the Caribbean.

What is a cause of concern is that while the infection plays spoilsport during the trip, it can also remain dormant and strike after weeks or a year too when travelers return to their home. While mild cases resolve with shaking, chills, fever, vomiting and jaundice, untreated malaria can develop into seizures, coma, kidney failure and death.

The CDC found that of 508 confirmed cases of U.S. civilian travelers contracting malaria abroad in 2008, 70 per cent had not taken medication to prevent it.

On the other hand, usually it is not a drastic illness like malaria but other health risk that travelers may face. These may be accidental injuries, traveler’s diarrhea, respiratory infections or a stomach bug. Although there are number of other illnesses too that might spoil any person’s vacation in an exotic location, most travelers never come in contact with these infections.

“I spend more time talking people out of vaccinations than into them,” says Dr. Jeffrey Band, director of infectious diseases and international medicine at Beaumont Hospital in Royal Oak, Mich. He said, “While yellow fever, a fatal disease, has a well-tolerated immunization profile and malaria prevention is common sense, something like Japanese encephalitis is so rare as to make the immunization advisable for only certain travelers.”

The study also shows that travelers who are meeting family or friends or going for a less than 14 day tour are the ones who are least prepared.

“Those visiting family or friends have been one of our biggest problems” when it comes to malaria prevention, Band says.

What is therefore a prudent decision before traveling to any foreign country is to first check with what might result in illness in that country and take the necessary medications and shots. While not all exotic infections may affect a traveler, even a simple case of stomach upset may spoil the trip.

The CDC offers a traveler’s page (www.cdc.gov/travel) on which tourists can check real-time health alerts and suggested immunizations for individual countries. Prevention is definitely better than cure especially if you are not in your home country.