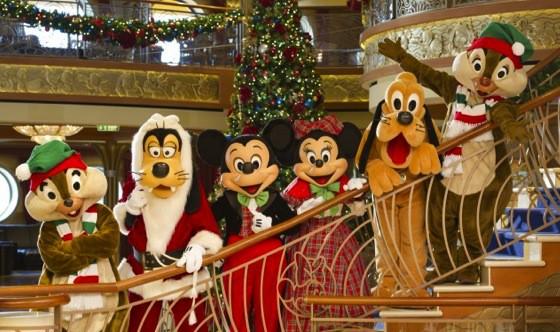 The holidays are right around the corner and Disney Cruiselines has a lot in store for cruisers planning to sail on one of their 4 ships!

New for 2014 there will be a “Mickey’s Tree-Lighting Magic” in the atrium lobby on the first night of the cruise, where Disney characters lead holiday carols and the lighting of the glittering, three-deck-tall tree. 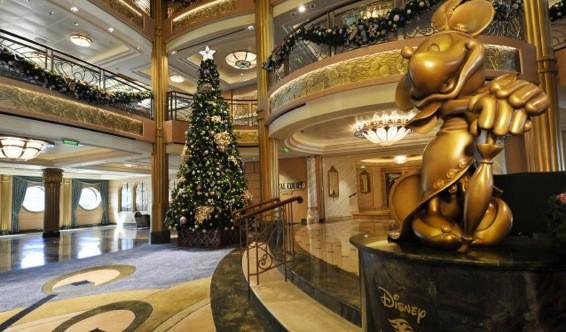 New for 2014 DCL will hold a “Winter Wonderland Ball” in the atrium lobby, where guests celebrate the arrival of the guests of honor—Santa and Mrs. Claus—when a seemingly simple snowman is magically transformed into jolly old Saint Nick himself. This evening of glamour and holiday enchantment is made complete when a very special princess joins the party and causes a flurry of “frozen” fun as a magical snowfall overtakes the atrium. 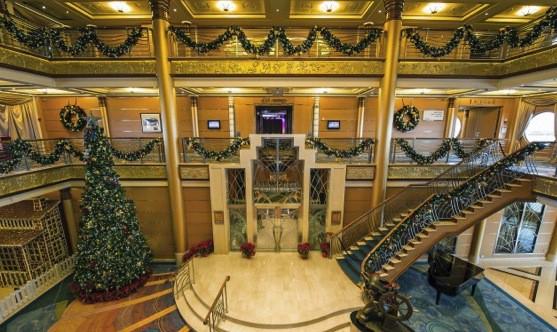 For the first time there will be Dickens-inspired characters and carolers carry the spirit of the holidays throughout the ship while singing holiday classics, sometimes with the help of favorite Disney friends. 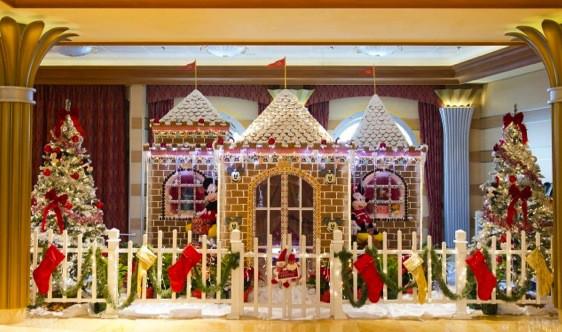 Holiday storytellers sharing tales of Christmas, Hanukkah and Kwanzaa, plus a story just for Disney Cruise Line guests about the magical feeling of the holidays on a ship. 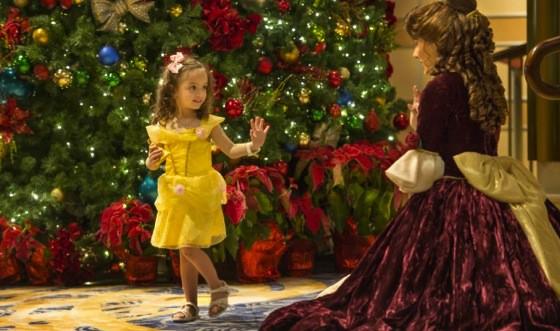 “Deck the Deck Holiday Party,” a tropical celebration with Disney friends leading games such as hula hooping and limbo under oversized candy canes, along with dances for the whole family like the “Yuletide Slide” and a conga line around the pool.

“Til We Meet Again” features a special holiday edition of Disney Cruise Line’s cheerful farewell on the final night of each cruise with beloved Disney characters and the ship’s crew in an engaging musical finale led by Mickey Mouse.

On Thanksgiving Day, guests will enjoy a bountiful Thanksgiving Day feast, that will include visits from Mickey Mouse and Minnie Mouse dressed in traditional Thanksgiving attire, and a special turkey towel animal in their stateroom upon turndown. The big Thanksgiving NFL football games will be broadcast live on the ships’ outdoor, jumbo LED screen—Funnel Vision—located near the family pool.

On Christmas morning Santa Claus and his elves will have a surprise for all the kids at the atrium lobby tree. Guests will also enjoy caroling from the crew choir plus a special musical performance from the children and a traditional Christmas Dinner will be served that night in the dining rooms. 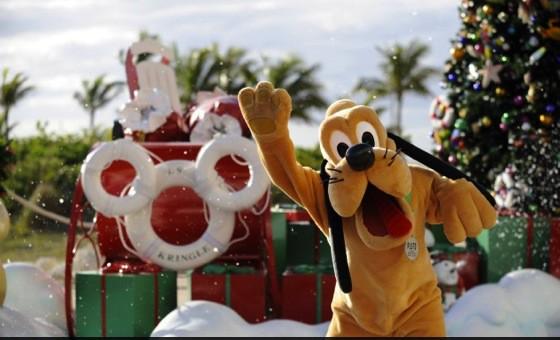 For an extra sprinkle of holiday joy, mini Christmas trees decorated with ornaments, red berries, mini carnations and a bow topper, in addition to special holiday-themed gift packages and treat baskets, are available for purchase prior to the voyages for stateroom delivery. Plus, during the holiday cruises, Disney Cruise Line’s holiday merchandise collection, along with the ever-popular Disney Cruise Line ornaments, will be available onboard in the gift shops.

To ring in 2015, voyages include a special New Year’s Eve party, complete with music, sparkling wine in commemorative flutes and a midnight countdown.

Previous articlePrincess Cruises To Celebrate Their 50th Anniversary With Onboard Celebrations Throughout 2015
Next articleDisney Cruise Line Announces 2016 Itineraries!