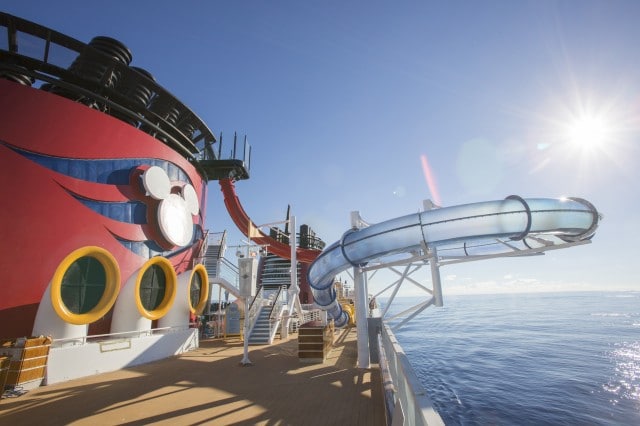 Built in 1998, The Disney Magic was the Disney’s first signature cruise ship.  Now 15 years old, the ship was dry docked in Cadiz, Spain at the end of the Summer to undergo an extensive renovation. 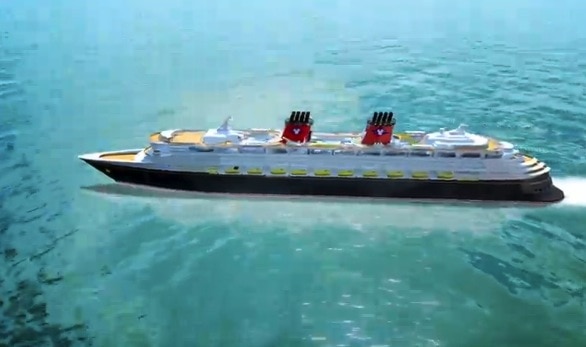 “We touched every space of the ship,” says Lysa Migliorati, a senior project manager for Disney told Fox News. “It was a complete remodel, but it was important to maintain the profile of the ship.”

From a new grand atrium lobby and a children’s area of “super hero” proportions to a three-story water thrill slide and a spa to stimulate the “Senses,” there are plenty of new and magical surprises in store for cruise guests. The ship features fun new experiences with Marvel characters—the first time super heroes from the Marvel universe have been introduced on a Disney Cruise Line ship.

When guests board the Disney Magic, they enter the grand atrium lobby that is redesigned to be “elegant art deco, inspired by elements of the sea,” senior creative vice president for Walt Disney Imagineering Joe Lanzisero reveals.

“Filmmaking is the history of our company and in film the ‘establishing shot’ sets the scene,” he says. “This is the same with the atrium, as we begin telling our story.”

The spacious and spectacular three-deck lobby features hand-tufted, custom-made carpet that dazzles in a palette of vibrant coral, blue and aquamarine seashell-inspired designs. The art deco atrium chandelier is inspired by rays of the sun and the glisten of the surface of the ocean. 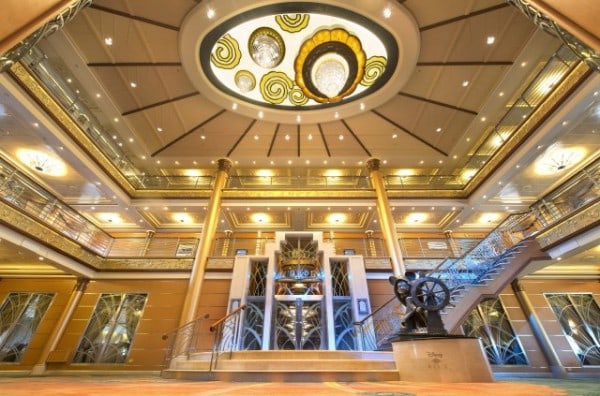 The lobby’s centerpiece is a bronze statue of “Helmsman Mickey,” ever-smiling and keeping watch as guests stroll past. The famed statue has stood in the atrium since the ship was launched. 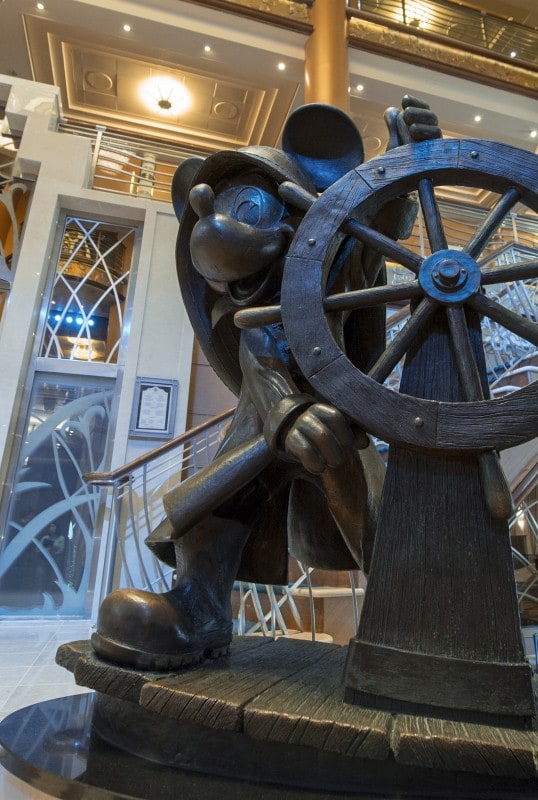 Disney’s Oceaneer Club, open to 3- to- 12-year-old children, is a completely re-imagined area that transports children to the magical realms of brave super heroes, adventuresome toys, fanciful fairies and Mickey Mouse’s club for creativity and fun.

With Marvel now a part of the Walt Disney Company family, this marks the first time the super hero icons of Marvel have been introduced on a Disney Cruise Line ship. Marvel and Walt Disney Imagineers have created a new space for children to enter into the Marvel Universe.

Marvel’s The Avengers make their presence known in an epic way aboard the Disney Magic, with Marvel’s Avengers Academy calling Disney’s Oceaneer Club its new seaward home. Young crime-fighters are transported to a high-tech command post used by The Avengers for special missions and operations training.

Throughout the base, displays featuring some of the equipment that helps to make The Avengers the earth’s mightiest heroes—Iron Man’s suit of armor, Captain America’s shield and Thor’s hammer—inspire super hero “recruits” through their academy missions. Marvel’s Avengers Academy is a multi-day, immersive entertainment experience where children interact with Marvel characters and unleash their inner super heroes. 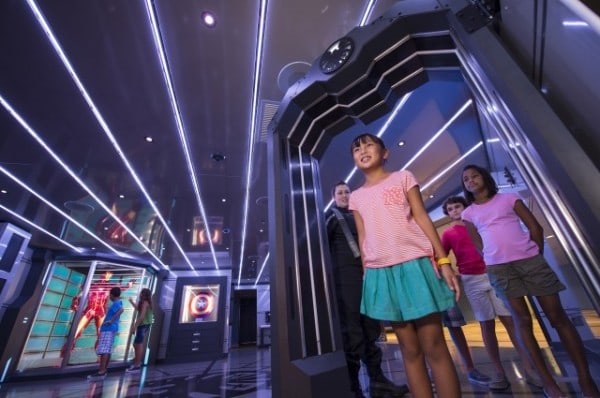 Adjacent to Marvel’s Avengers Academy is Andy’s Room, where stars of the Disney-Pixar “Toy Story” trilogy come to life in a multi-level space. Stocked with all of Andy’s favorite toys, the room features a larger-than-life Mr. Potato Head, a giant version of the lovable piggy bank, Hamm and a Slinky Dog slide. 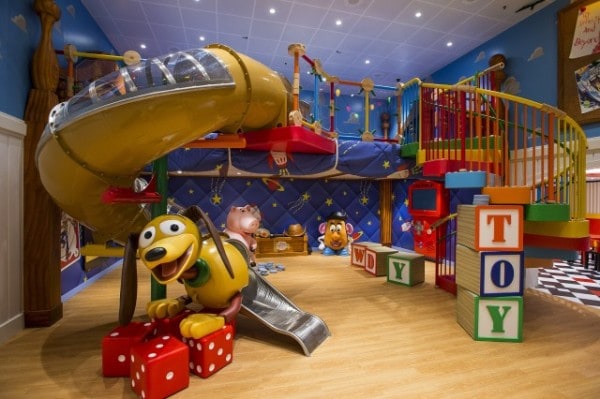 The enchanted land of Tinker Bell and her fairy friends comes alive in Pixie Hollow. In this magical forest setting, Tinker Bell’s teapot house serves as a costume closet and children can make crafts while sitting on stools shaped like mushrooms and acorns. 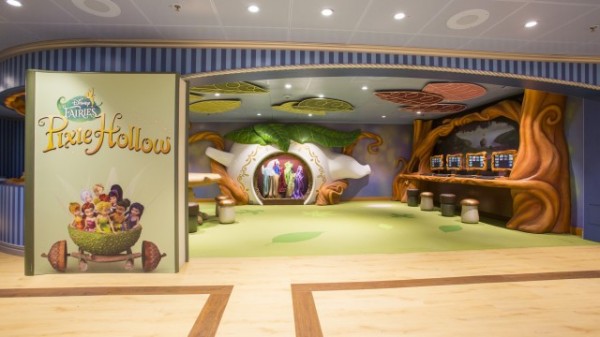 But the kid-sized fun doesn’t stop there!

Disney’s Oceaneer Lab takes 3- to- 12-year-old children on a journey of discovery, exploration and adventures. At this new pirate-themed area, children are encouraged to create, play and explore. An animator’s studio, a pirate workshop and lab lets kids get hands-on to create experiments and art projects, and Navigator Simulators let young buccaneers steer a ship through the mysterious waters of the Caribbean. 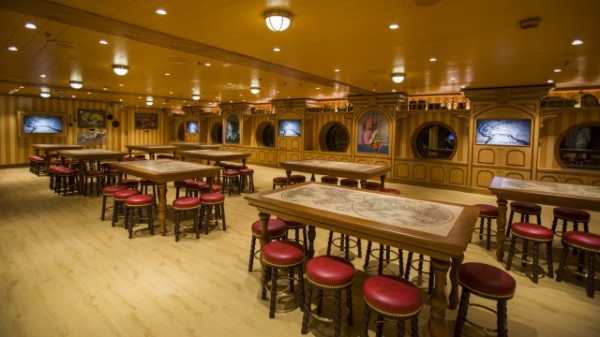 For the youngest cruisers—ages three months to three years—is the new It’s a Small World Nursery. Inspired by the style of Disney Legend Mary Blair, this whimsical world is a place of age-specific fun and discovery, with trained counselors.

The upper ship decks of the Disney Magic have been redesigned for plenty of splashtacular fun, with waterful adventures that include a three-story water slide for thrill-seekers and a Huey, Dewey and Louie-themed toddler splash zone for smaller ducklings.

“From small children to teens to adults, everyone will have a space to have fun in the sun and water. We added more water play areas, dynamic slides, interactive elements for the kids, and more shade,” says Lanzisero.

Water thrills are found on the AquaDunk, a three-story body slide that begins with a surprise launch. Riders step inside a translucent tube and await the near-vertical launch that takes place when the floor beneath them opens like a trap door. The drop sends guests on an exhilarating, swift and splashy ride in a tube that extends 20 feet over the side of the ship. Guests taller than 48 inches can enjoy the AquaDunk. 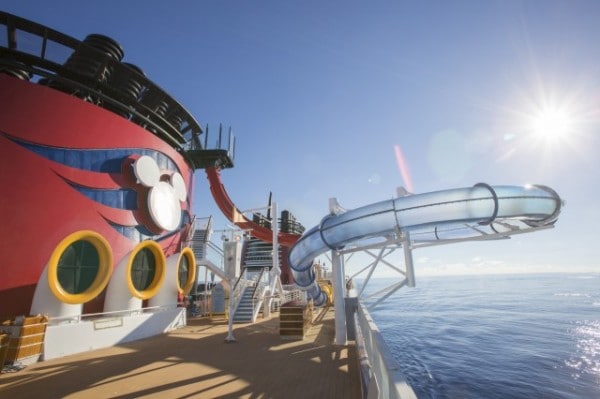 Guests can also soak in the sun and the water fun with AquaLab, an interactive water playground open to kids age 3 and older. In the AquaLab, families can frolic among pop jets, geysers and bubblers in this fun and fanciful 1,800-square-foot space, while the Twist’ n’ Spout water slide gets them delightfully drenched with more than 250 feet of sliding fun of loops and turns. 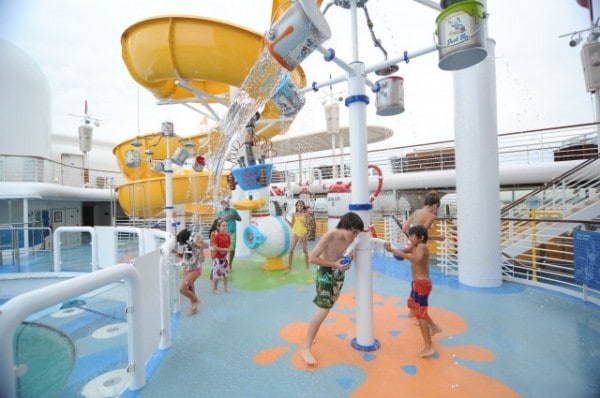 Animator’s Palate, one of the most popular restaurants on the Disney ships, is updated with all-new, animation-adorned walls and larger high-definition flat-screens to provide the best views of the animation magic that takes place all around. 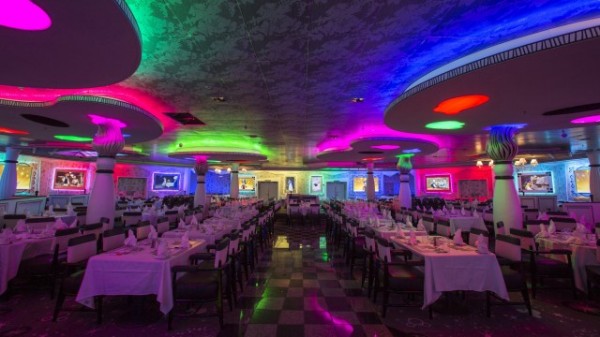 On every Disney Magic cruise, a heaping helping of entertainment is served up at Animator’s Palate, now delighting guests with a fresh take on the “Drawn to Magic” dinner animation show. During this show guests see the evolution of animation from pencil test, to ink and paint, and finally, storytelling. With an emotional finale, the black and white interior of the restaurant is splashed with vibrant colors and guests see the hero’s journey through Disney and Pixar animation, from wishing upon a star, to happily ever after.

The vibrancy of Rio de Janeiro creates an energetic atmosphere in Carioca’s, a new restaurant named after Donald Duck’s parrot pal in “The Three Caballeros,” Jose Carioca.  Festooned with lighted lanterns, the restaurant is designed to be “fun by day, elegant by night,” says Lanzisero.

During the day, there’s a festival theme and, when night falls, the atmosphere transforms into an after-hours scene of Rio de Janeiro, with softly illuminated lanterns flickering overhead. Carioca’s has replaced Parrot Cay restaurant, formerly on the Disney Magic.

Another new restaurant to the Disney Magic is Cabanas, a casual dining experience with food and beverage stations during daytime hours and a table-service restaurant during dinner. The Australian setting of the Disney-Pixar animated classic “Finding Nemo” inspires the décor with hints of the film’s fishy and feathered friends throughout the restaurant.

Cabanas, which replaced Topsider Buffet, has also expanded. More indoor space has been added, increasing the total square-footage of air-conditioned area by nearly 3,400 square feet to more than 9,460 square feet and a total of 503 seats.

Disney Cruise Line’s popular Palo restaurant for adults receives a makeover with stylish fixtures, glass artwork and new stone floors. Red and white striped poles reminiscent of those found throughout the canals in Venice are a design feature.

After a day of soaking in the sun on the decks and enjoying activities around the ship, Disney Magic offers big city-style fun in After Hours, the nighttime adult entertainment district. An all-new lineup of clubs includes venues for dancing, comedy, music and variety shows. After Hours replaces Beat Street, formerly on the Disney Magic.

“It was our goal to create a sleek and sophisticated adult experience in After Hours” says Lanzisero. “Each of the three clubs has a different feel that complements the others.”

Fathoms night club is a celebration of the sea that utilizes special effects, lighting and sound to create different atmospheres from early evening to night. 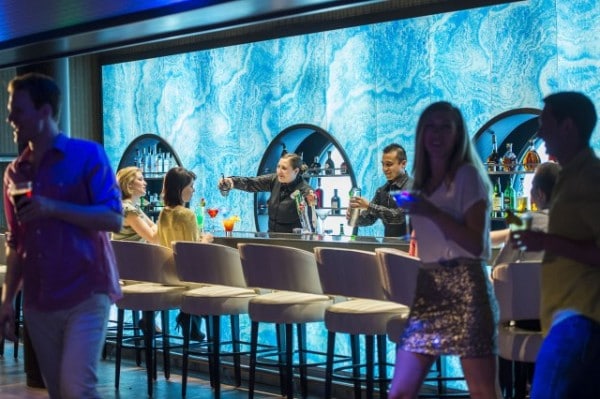 For guests seeking a more low-key nighttime experience, there is Keys piano bar and lounge.  Whether guests want to relax with a cocktail and the soft sounds of a piano or “wind down” after an evening of dancing and revelry, Keys provides a refined retreat.

Days of olde are recalled in O’Gill’s Pub, an Irish pub and sports bar designed with traditional decor. Live televised athletic events are on tap for sports-lovers.

Another re-imagined area, D Lounge, offers a variety of family-friendly games, shows, dances and activities designed for all ages. Colorful and contemporary, this space encourages creative and kinetic fun. Families can enjoy entertainment, game shows and activities together in D Lounge which replaces Studio Sea, formerly on the Disney Magic. 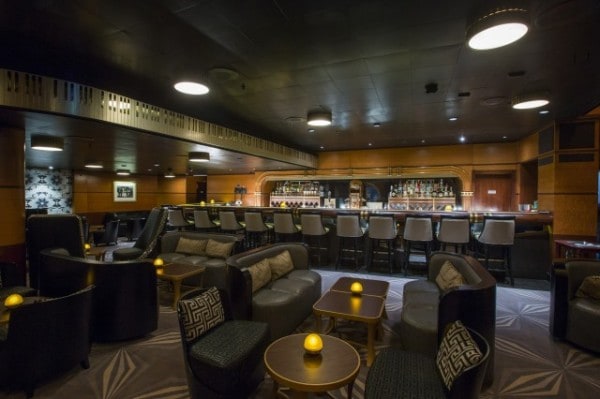 Disney Cruise Line knows that traveling families always need more space, so features are included in each room to provide more usable space. Bed frames are elevated to provide storage space underneath. The bathrooms include the split-bath feature that Disney introduced to the cruise industry—providing even greater convenience to guests. 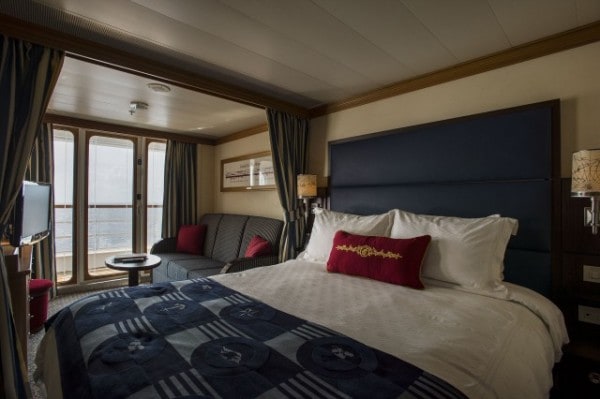 The Disney Magic will cruise Bahamas and the Western Caribbean from Miami from Oct.-Dec. 2013.