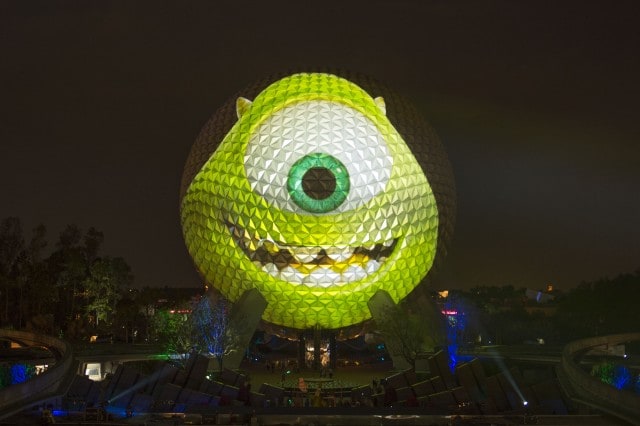 Disney Parks to Kick Off a ‘Monstrous Summer’ With 24 Hours of Magic!

Vacationers who don’t want the fun to end will get their wish on Memorial Day weekend when Walt Disney World Resort and Disneyland Resort kick off a Monstrous Summer by keeping three theme parks open for 24 hours nonstop! 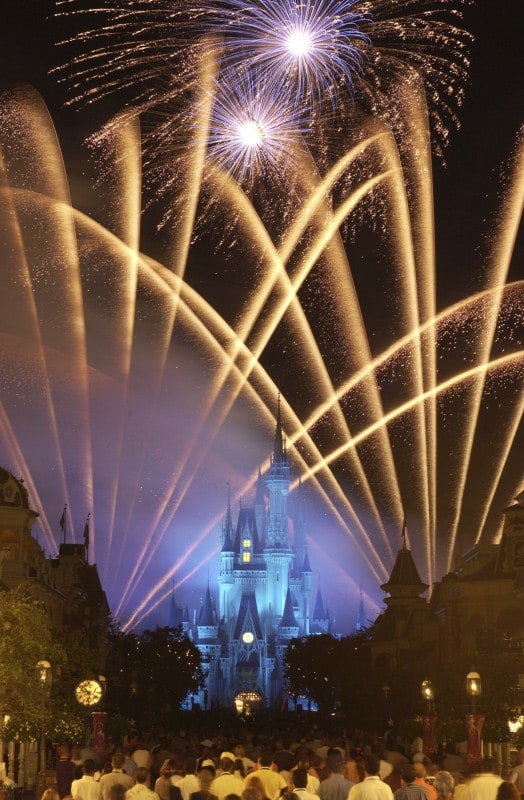 The Magic Kingdom Park in Florida and Disneyland Park and Disney California Adventure Park in California will stay open from 6 a.m., May 24 to 6 a.m., May 25, 2013, local time* marking the beginning of a summer of fun inspired by the upcoming Disney•Pixar comedy adventure Monsters University.

The oversized fun of a 24-hour Disney park “All-Nighter” called for an equally epic announcement, and the huge sphere of Spaceship Earth was transformed from Disney Parks icon to Disney●Pixar “Eye-con,” becoming a 180-foot-tall, fully animated Mike Wazowski, the loveable green-bodied, one-eyed monster who joins best pal James P. Sullivan (“Sulley”) in the prequel to Monsters, Inc., this summer as college students with hopes of becoming Scarers.

“This summer, Disney Parks are bursting with a monstrous lineup of new thrills, shows and happenings,” said Kalogridis. “Guests can start Memorial Day Weekend with a 24-hour-marathon of memory-making as three Parks stay open all day and all night to celebrate the bi-coastal kick-off of a Monstrous Summer at Disney Parks.”

Mike and Sulley will be on hand to host the All-Nighter, dropping in to scare up some school spirit. Guests will scream and giggle with delight at the lineup of thrills and entertainment that promises to make this a day and night to be remembered for a lifetime.

In Florida, the Magic Kingdom will feature a Monsters University theme where Mike and Sulley will be the Grand Marshals of the “Celebrate a Dream Come True” day parade – complete with pomp and circumstance – and make appearances in Tomorrowland. Guests also will find extra entertainment throughout the day and night, including characters in their pajamas in Town Square during the late night and early morning, and late-night dance parties in and around the courtyard of Cinderella Castle. 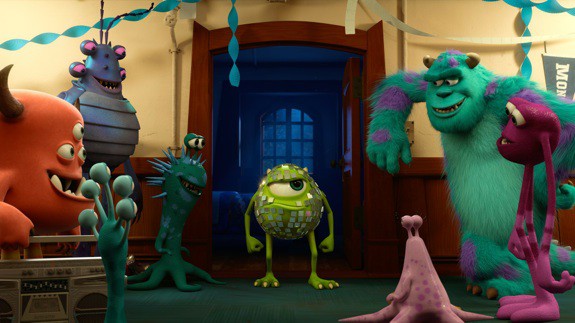 In California, guests can party the night away at both parks with special entertainment, including a Monsters University “TLT Monstrous” Dance Club and Star Wars characters in Tomorrowland, and late-night Character Pajama Party in Mickey’s Toontown at Disneyland. The new Fantasy Faire Royal Theatre at Disneyland will become a Royal Dance Hall late at night with a live band and dancing, and guests of Disney California Adventure will find Monstrous photo opportunities with new Monsters University “Dorms” in Hollywood Land and a new Monsters University float leading the Pixar Play Parade.

All three parks will feature limited-edition specialty merchandise and food and beverage offerings plus other surprises throughout the entire day.

It sounds like Disney is ready to party!  Are you?