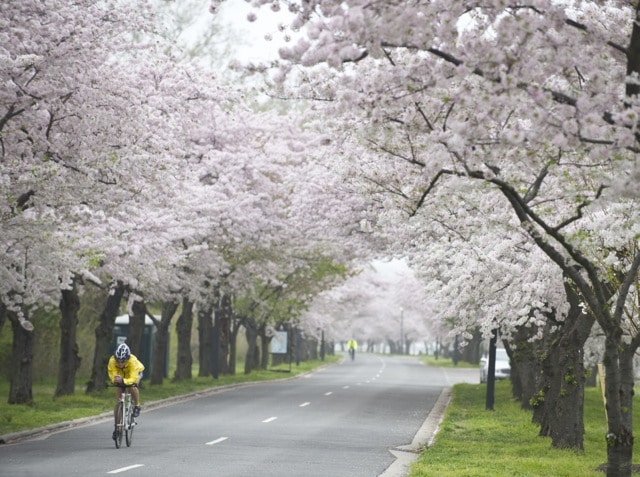 At this time of year, Washington DC and Tokyo, Japan bear one striking resemblance.  It’s cherry blossom time and both cities have erupted with clouds of lacy pink and white blooms. 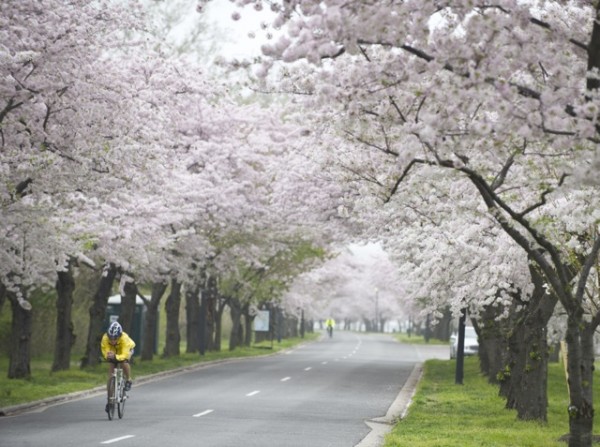 To mark the occasion each year, Washington DC hosts the greatest springtime festival in the whole of the United States, the National Cherry Blossom Festival.  This year’s festival is on now and extends through April 27th, which by no coincidence is Arbor Day.  The festival is five weeks of family events, most of them free.

This year’s festival is special because it commemorates the 100th anniversary of the gift of cherry trees by Japan to the American people.  Nearly 100 of those gifted trees are still alive and can be seen at the Tidal Basin.  They are cared for by the National Park Service. 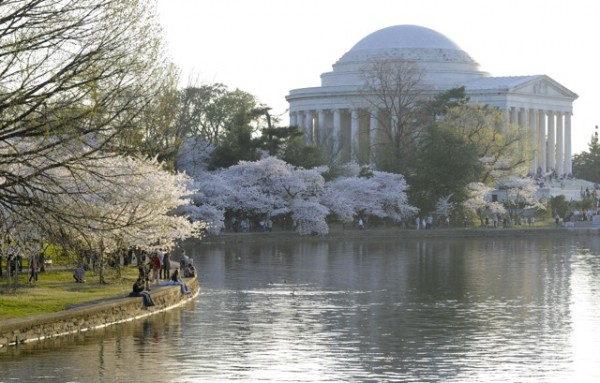 The National Cherry Blossom Festival has a great lineup planned to celebrate their centennial and plenty of new innovations.  The Petal Pass has been introduce this year, by Capital One Bank as a way to offer special discounts and bargains during the festival.  The Petal Pass can be acquired, free of charge, at any of the 240 Capital One Bank branches in the area.  The Cherry Picks Restaurant Program involves close to 100 local restaurants, all offering cherry-, blossom- and spring-inspired menu additions, during the festival.  A number of area hotels have special packages available throughout the festival as well.

The Southwest Waterfront Fireworks Festival takes place at dusk on April 7th and features a display by the city of Nagaoka, Japan, (known for their own 2-day fireworks festival).

This is the first year the national Cherry Blossom Festival Parade will be nationally televised.  It takes place on April 14th and is co-hosted by Katie Couric, Alison Starling and Leon Harris.  Alex Trebek will act as a special correspondent.  The parade proceeds down Constitution Avenue and, much like the Macy’s Thanksgiving Day Parade, features performances, floats and giant helium balloons.  It is free to stand along the route.  Seats in the grandstand are $20 a piece.  Following the parade; stick around to enjoy the Sakura Matsuri – Japanese Street Festival.  Admission is $5. 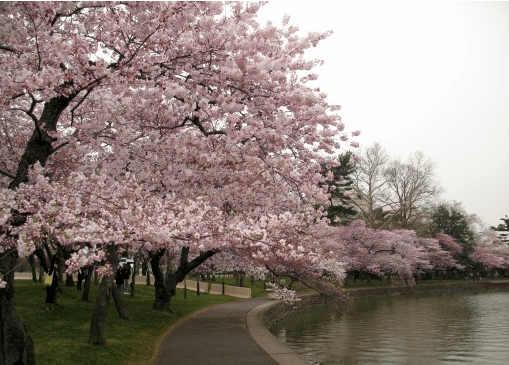 Come to the Canon Performance Stage at Sylvan Theater on the Washington Monument each day from March 31-April 5 to take in over 100 free shows.  From April 19–22, enjoy Jazz at the Jefferson.

In conjunction with the festival, visitors interested in exploring Japanese culture have a host of rare opportunities.  There are currently three exhibitions of masterworks dating from Japan’s Edo-period.  Colourful Realm:  Japanese Bird-and-Flower Paintings by Itō Jakuchū is open at the National Gallery of Art.  Masters of Mercy:  Buddha’s Amazing Disciples and Hokusai:  36 Views of Mount Fuji are both on display at the Smithsonian’s Arthur M. Sackler Gallery.

The National Cherry Blossom Festival offers all this and so much more.  There is still plenty of time to experience the sights, sounds, aromas and tastes of the festival.  It truly offers something for everyone. – Jen R, Staff Writer

Previous articleAdventures by Disney’s Expanded 2013 Lineup to Include Southeast Asia
Next articleMerida Coming To A Theater and A Disney Park Near You!