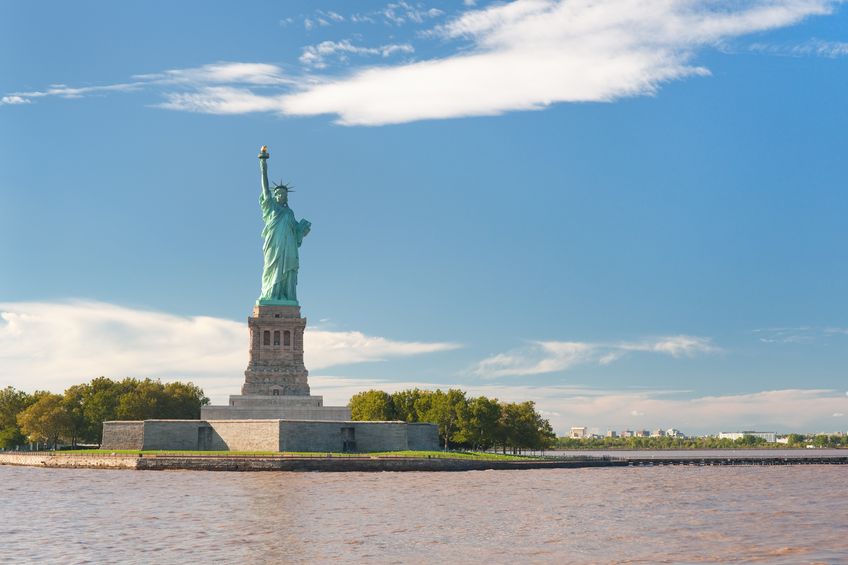 It’s Lady Liberty’s birthday today! The Statue of Liberty is 125-years-old. She only admits to 37. 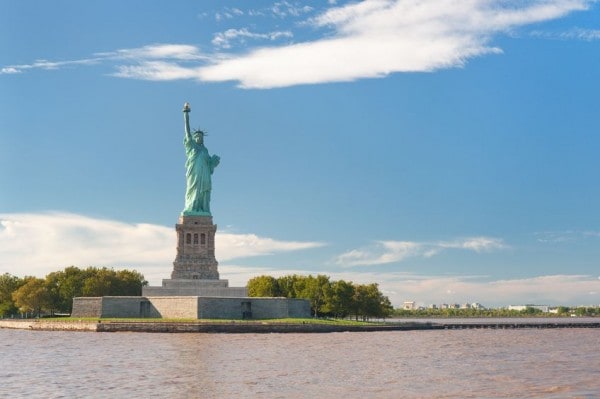 For 125 years, she has been a beacon of hope, a symbol of strength and has welcomed, “your tired, your poor, your huddled masses yearning to breathe free.”

For 125 years she has stood, unflinching, in the waves of New York Harbour, the first colossal image of America for some 12 million immigrants as they approached the shores of the United States.

The statue has come to be synonymous with freedom, immigration, the city of New York and the United States of America. But, she is actually the work of French sculptor Frederic Auguste Bartholdi and was a gift to America by the people of France, in 1886, as a sign of friendship. She is no small token.

Today’s birthday celebration will resemble the ceremony that took place on her inauguration day, October 28th 1886, when Grover Cleveland presided.

Symbolically, 125 people, originating from 46 countries, took their oath of citizenship at Liberty’s feet, this morning.
After today’s festivities, the statue will close for a year, during which a $27.25 million renovation will take place to modernise the inner structure and improve safety and security. Liberty Island will remain accessible to visitors throughout the renovation period.
The statue of Liberty was closed to the public after September 11th, 2001 and only reopened two years ago under tight restrictions. Hopefully, these renovations will improve the public’s access to this important monument. – Jen R, Staff Writer