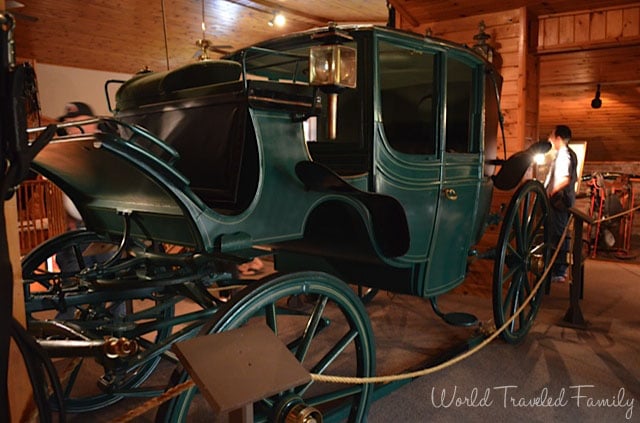 During a recent trip through the Alleghany Mountains with the Western Maryland Scenic Railroad we stopped in Frostburg for a couple hours.  Located right across from the terminal, the Thrasher Carriage Museum pays homage to the early transportation from the late 1800s to the early 1900s. 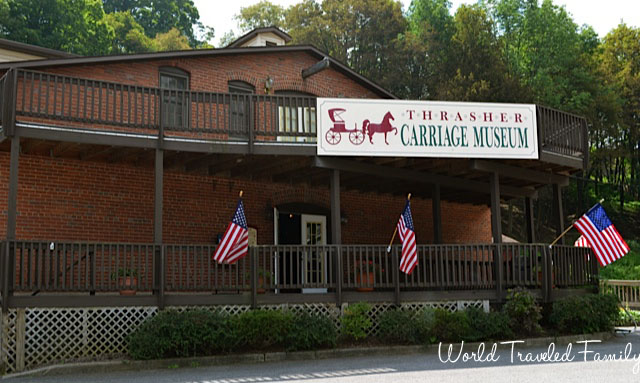 Before we arrived in Frostburg I had done some research and wanted to visit this museum to get a peek at President Theodore Roosevelt’s inaugural carriage.  I will fully admit that I didn’t expect this Museum to be much as it is only open for a few hours weekly and you really do have to plan your visit perfectly to catch a glimpse of what is inside.

But when I entered I was blown away by the collection James Thrasher had assembled.  Recognized as one of the top collections in the county, the Trasher Carriage Museum has vehicles from all walks of life. Originally located in the Midland school he attended as a boy, the museum was purchased by the Alleghany county when Mr. Thrasher passed away, and reopened at the current location in 1992.

When we arrived at the museum many of our co-train passengers had lined up on the first floor to make their way through the exhibits so my son and I headed up the staircase to start on the less crowded second floor.  As we approached the top of the landing the first coach we were met with was the Five Class Landau, President Theodore Roosevelt’s inaugural carriage!  This green beauty features a convertible roof and glass drop side panels.  It was manufactured by James Cummingham Sons & Co. in Rochester, New York in 1890.

As we moved through the museum there were a couple carriages that caught my eye.  The Park Drag (c. 1894) was owned by wealthy sportsmen(as shown by the basket on the side).   It was a lighter carriage,  had seats on top and was pulled by four horses. 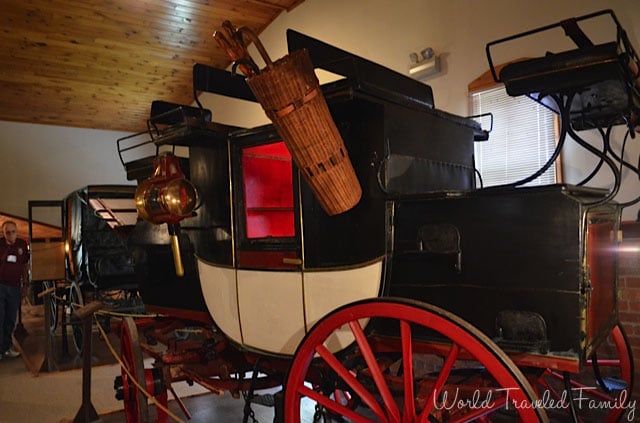 The pinnacle of upper class society, this Vis A Vis Sleigh was owned by Cornelius Vanderbilt around the 1900s.  It was known for having seats facing each other. 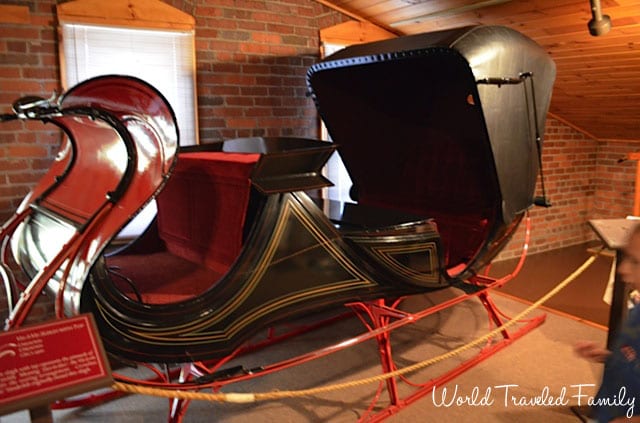 The 3 Seat Buckboard Surrey was often used by resorts and millionaires on their country estates.  The one was made by Joubet & White in Great Falls New York in 1900. 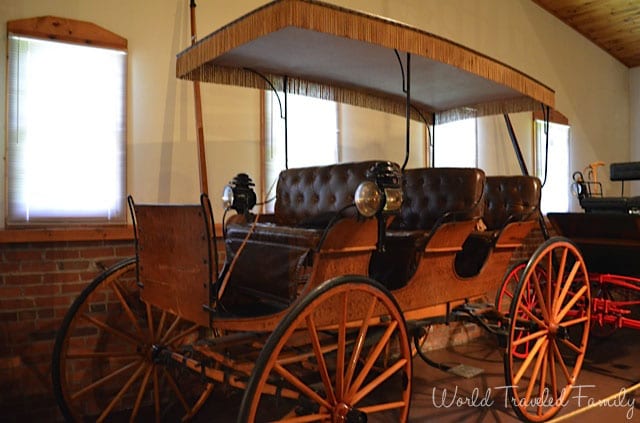 One of my favorites, the newest addition to the Trasher collection – the Milk Carriage.  A local treasure, this wagon was used by the Ayrland Dairy in Bethesda Maryland around 1914. 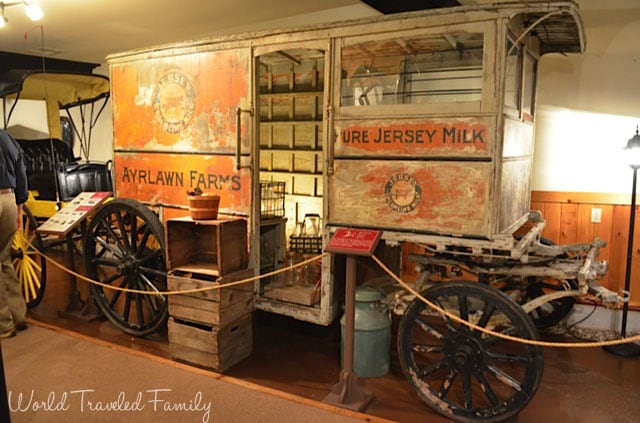 Also on display was an elaborate glass-enclosed Hearse(c.1890) that would have likely been used by affluent families to transport their loved ones after passing. 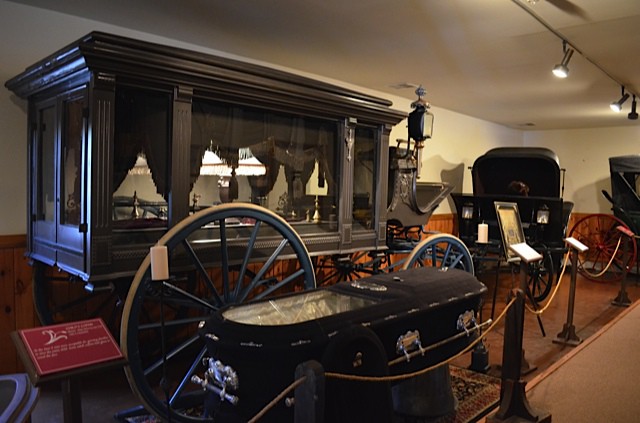 In total, there are more than 90 carriages in the Thrasher Collection, but only 50 are on display.  I highly recommend a visit to the Trasher Carriage Museum if you are in the area.

If you take the Western Maryland Scenic Railroad admission is free with your ticket.  Check the website because it is open for just a couple hours a few times a week.