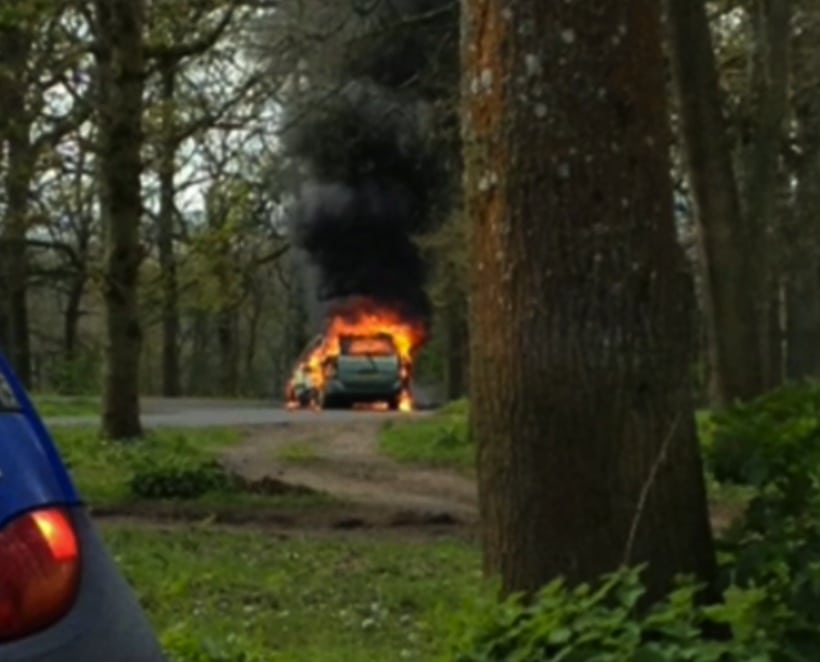 A UK family is lucky to be safe after their vehicle burst into flames while they were visiting Longleat Safari Park over the weekend.  In most car fire situations everyone would just get out, but in this case they were in the middle of a tour through the Lion enclosure.

Video released by another tourist shows Helen Clements minivan on fire in the part of the safari park that is home to 12 lions. 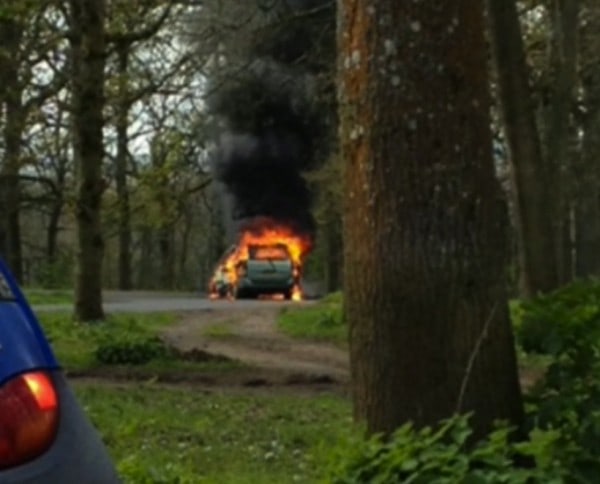 Helen was visiting Longleat Safari Park with her nine-year-old son George and daughter Charlie, 12, on Good Friday when their vehicle overheated.

She told the BBC,

“I thought the car had overheated. Then basically, we thought: ‘No, that’s not steam, that’s actually smoke’.

Immediately sounding her horn, she caught the attention of ranges who came over to extinguish the flames in the front of her van.

“Unfortunately they were shouting to us: ‘Get back in the car, do not get out of the car’.

“It was a situation of – what do you do? Do you get out of the car because you’re on fire? And they’re telling you to get back in the car, so that was the dilemma.”

Thankfully the family was evacuated to a ranger vehicle with no injuries. 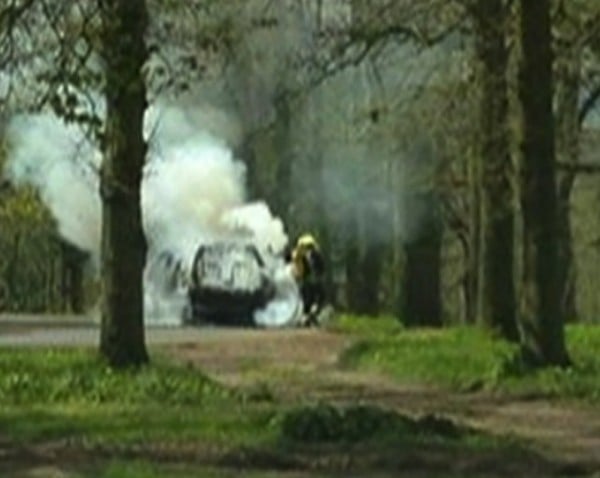 Another visitor who was touring the park said,

“We were stuck for 20 minutes in the enclosure not moving. We saw the lions being chased back to their pen by the keepers in a Land Rover quite rapidly.

“Then the queue started moving and we could see smoke. Then the firefighters arrived and as we passed the fire was out.”

“On Friday April 18 at around 1pm, a car overheated in the first lion enclosure at Longleat Safari & Adventure Park.

“The occupants of the vehicle, a female and two children, were quickly picked up by rangers who transferred them into their vehicle and the fire service was called. The car subsequently caught fire after the guests had been escorted out of their car.

The vehicle has now been safely removed and the safari park has fully reopened to visitors.”

Note to self: Always take your newest vehicle when you will be visiting the lion enclosure!