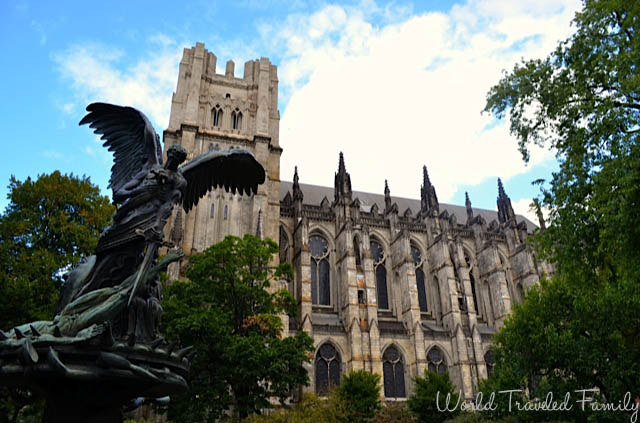 Beautiful churches are my kryptonite.

There is something about their incredible details, that just stops my heart.  In fact, when I am visiting a city and I will always choose a primeval cathedral over a department store or even a lunch break.

I have been to New York City numerous times and make a point to stop into St. Patrick’s Cathedral every time I am there as it is so majestic.  But on my last trip to the city it was recommended that I make the trek up to 110th street to see Saint John’s  and I am glad I did.

Tied with the Liverpool Anglican Cathedral for the title of the ‘largest cathedral and Anglican church’, the Cathedral Church Of Saint John the Divine is also the fourth largest Christian church in the world.  Construction began on December 27, 1892 and the first services were held in 1899.  Chartered as ‘A house of prayer for all people and a unifying center of intellectual light and leadership’, this famous institution has hosted a wide variety of leaders including; Martin Luther King Jr., Vaclav Havel, Nelson Mandela and the Dalai Lama.

The church itself is actually part of a property that also includes a cathedral school, a town building, the diocesan house, synod house, rose garden, biblical garden and the peace fountain, which has a very ornate statue in the middle of it.

Almost asymmetrical, the center of the cathedral features a 40 foot in diameter Great Rose window that was created from more than 10,000 pieces of glass and was designed by Charles J. Connick. 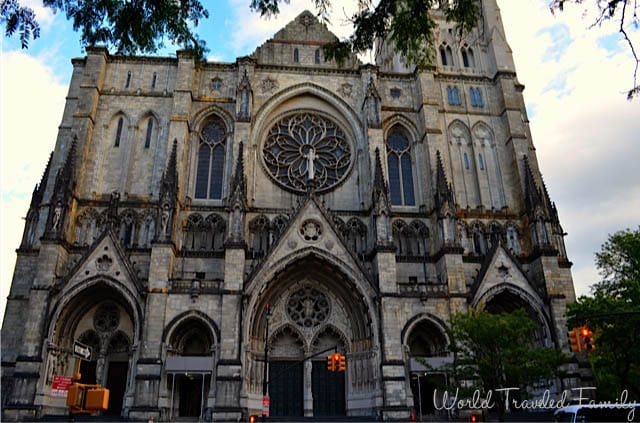 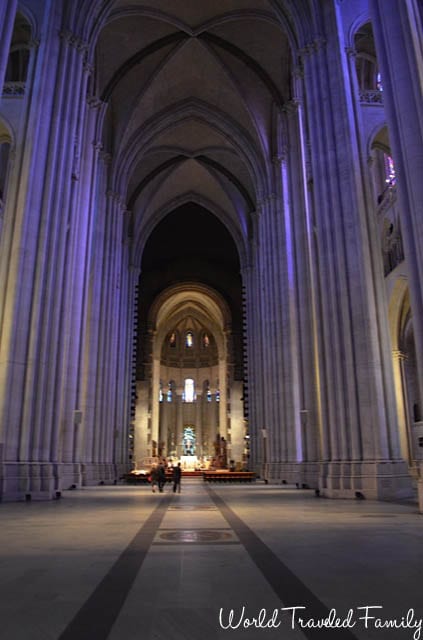 It also feels quite empty as there aren’t any pews, but just rows of chairs for set back quite away from the crossing.

The choir section at the front is lined with beautiful wooden pews on both side. 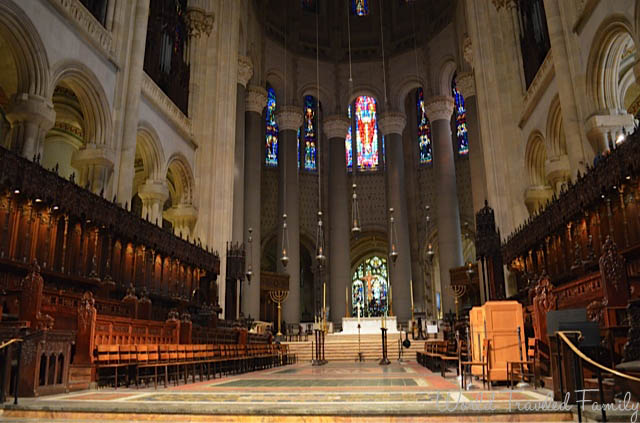 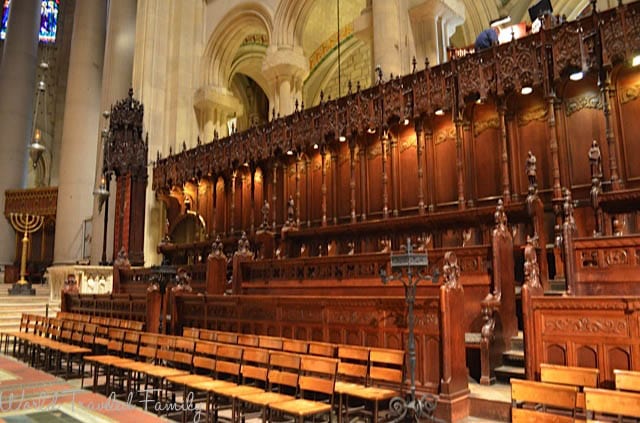 Just behind where the ensemble would sit is the altar, which is surrounded by eight granite columns that were quarried on the island of Vinalhaven, Maine.  Each one is 55 feet tall and 6 feet in diameter. 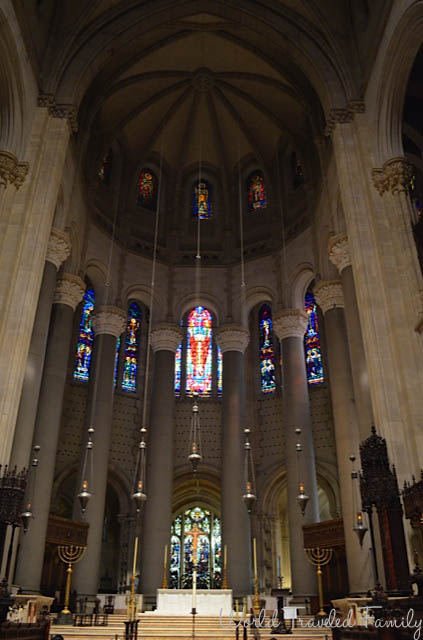 On either side of the choir pews there are hallways that lead to the Chapels of the Tongues, seven rooms dedicated to the immigrant groups that settled in the United States during the late 19th and early 20th centuries.

Built in 1918, the Chapel of St. Ansgar is dedicated to those of Scandinavian descent. ‘It is named after the ninth century archbishop Ansgar, a Frenchman who made many missionary tours to Denmark and Sweden.’ 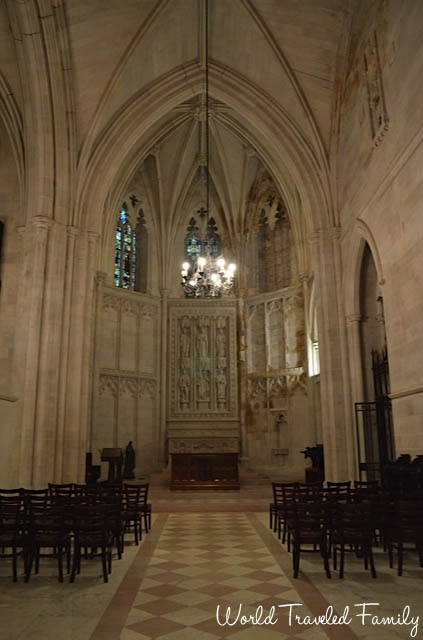 Built in 1916, the Chapel of St. Boniface is dedicated to people of German decent and is ‘the center for contemporary art exhibits at the Cathedral. St. Boniface was baptized “Winfrid” in seventh-century England and was an evangelist to Germany.’

The first chapel to be built was the Chapel of St. Saviour in 1904. It is dedicated to Christian communities of the East and is appropriately located at the easternmost part of the Cathedral. 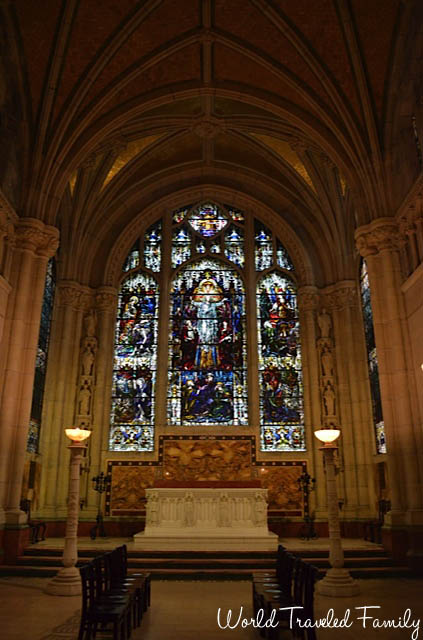 Designed for French immigrants, the Chapel of St. Martin of Tours is the Cathedral’s Chapel of Reservation and it is set aside for private devotions and visitors are asked to enter it only for prayer. 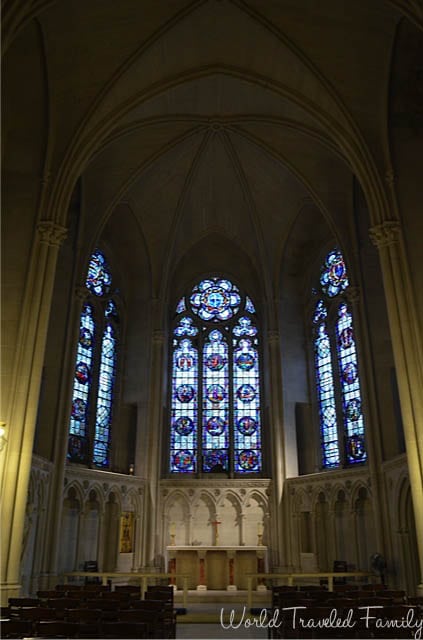 The Chapel of St. James is named after St. James the Apostle, the patron saint of Spain. The chapel highlights the contributions of Spain to the Christian tradition. Several famous writers, mystics and artists are found in the chapel’s left window: Cervantes, St. John of the Cross, St. Teresa of Avila, El Greco, and others. With a seating capacity of 250 and its own Aeolian-Skinner organ of 857 pipes, it is often used for weddings, funerals, and small worship services and concerts. 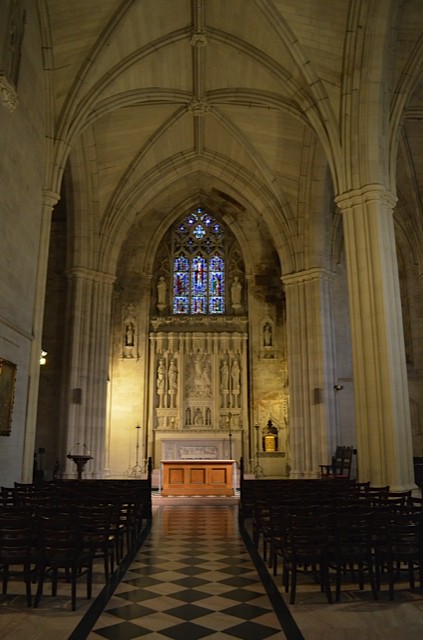 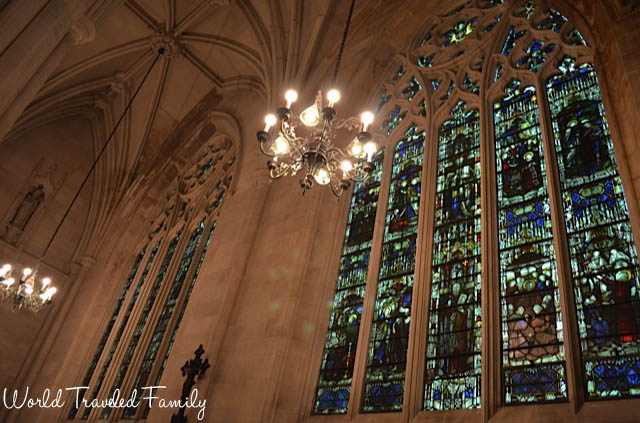 Beside the Chapel of St. Ansgar is the Baptistry, which was given by the descendants of Peter Stuyvesant, the last Dutch Director General of the New Netherlands, today New York.  It has sculpted windmills and tulips to symbolize its Dutch Heritage. 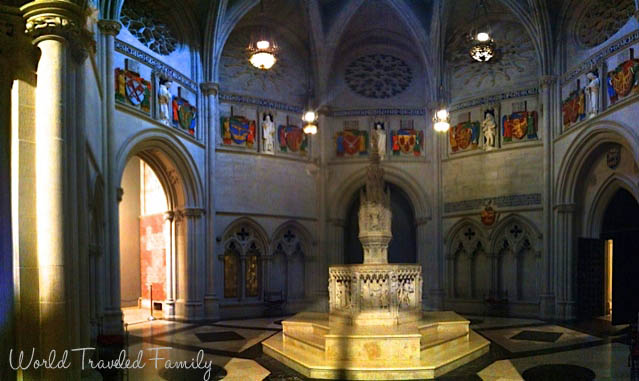 I could go for hours about the gothic wrought iron gates that create an entrance for each chapel and the fascinating details that make up every inch of this cathedral but you really have to see it for yourself.

If you are visiting New York City I highly recommend making the trek to Manhattan’s Morningside Heights and visiting The Cathedral Church Of Saint John the Divine.  You can take a taxi or just get on the C-train and get off at 110th street ‘Cathedral’ stop.  When you come out of the station you will be in the middle of the roundabout.  Head West on 110 street and you will see the church on the hill to your right after you pass Morningside Drive.  To be able to enter the church you will have to continue along 110th to Amsterdam Avenue.

There is no official admission fee to tour the church, but a $10 donation is appreciated. Please make the donation so that this church will continue to shine for generations to come.