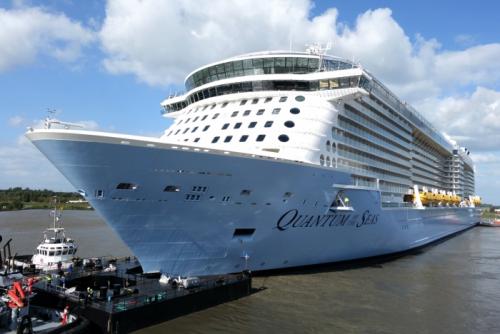 With just under two months to go before the inaugural cruise, Royal Caribbean’s new ship Quantum of the Seas has began her river conveyance, exiting the Meyer Werft shipyard headed to the Dutch North Sea port of Eemshaven.

As crews work to complete the ship Royal continues to unveil more details about the liner on their site. I have been excited to hear more about the kid’s spaces and was delighted to come across a photo of the new Madagascar Themed H20 Zone.

A complete departure from the Britto themed splash area that Royal designed for their Oasis and Freedom class ships, this new water space expands upon the partnership Royal has with Dreamworks.

The swim area they show in their promo picture features a multi-level pool and current pool.  I had been holding out hope that the new design would include a water slide, but Adam Goldstein, Royal’s CEO has said that,

“At this time we don’t have plans to build water slides; however, we will send this suggestion along to our New Build team.” 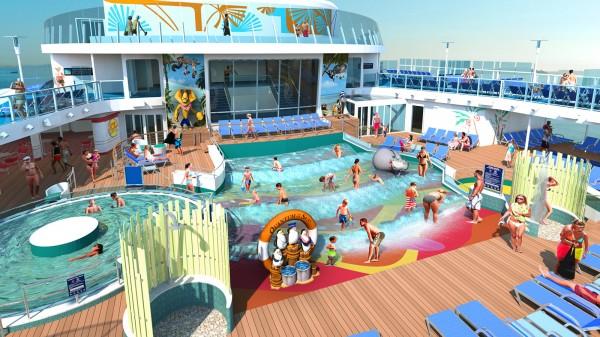 Official plans of the ship show an additional pool area behind the H20 space, and an adults-only solarium at the front of the ship. 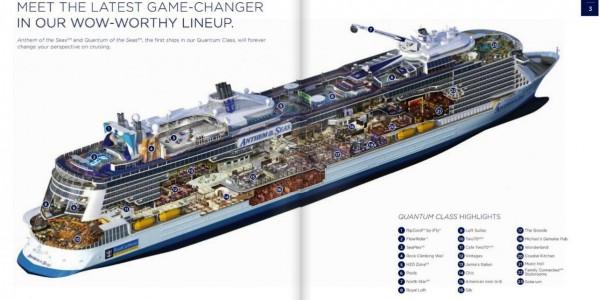 Water play aside, there will be no shortage of activities for little cruisers.  When they’re not exploring the tropical ports guests can rollerskate or bash in the bumper cars in the seaplex, check out the view from above in the North Star or sail through the sky in the Ripcord by iFly.

Over the next couple weeks we will be bringing you all of the new developments as Royal reveals them.