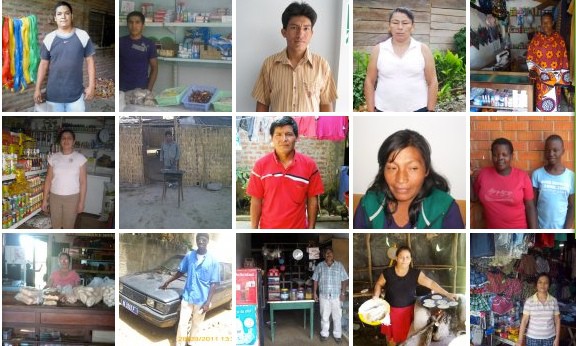 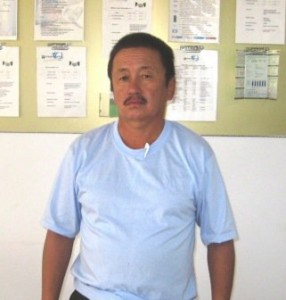 I’d like to introduce you to Baz. His full first name is Bazarragchaa, but I can’t pronounce that, so I call him Baz. He’s 51 years old and he lives with his wife and two children in the slum district of Ulaanbaatar, Mongolia.

Baz has worked his whole career as a welder. But working standards in Mongolia are not what they are in North America, and a lifetime of welding has caused his eyesight to fail. Baz recently had to hang up his torch; a hard financial pill to swallow.

His family still needs an income, so Baz is changing course and diving into small scale farming. He experimented this year, growing vegetables on his land and had success. He found himself some customers too. It seems Baz and his family are heading down an exciting new road.

Now, you may justifiably ask why I have so much intimate information about a man who lives so far from me and whose life is so very different from mine.

I, and over 100 other lenders, pooled our resources and advanced Baz nearly $3,000 through Kiva. He plans to use the loan to purchase materials to build a grocery store, next to his house, from which to sell his vegetables. He will make monthly payments on the loan and, in time, I’ll be able to lend the money to help someone else.

From the moment I learned about Kiva I felt a sense of relief. Finally, I can help people living in poverty, in a way that feels good to me and gives me confidence that the help I extend will actually be helpful and not end up paving a well-intentioned road to hell.
The subject of aid to the developing world is problematic for me. This is not a criticism of people who give to various charities; I think most people give of their resources from a pure place and a genuine desire to be helpful.

But, we need to question the way needy people, in other parts of the globe, are presented to us because we have very little means to confirm the impressions, of the developing world, that we’re given. To secure our charitable dollars, organisations present impoverished people in a flat, two-dimensional way. They are victims, we’re told; unable to help themselves and so they need our generous donations.

So we give to agencies that hand out a western solution when western solutions have failed over and over again. I wouldn’t expect an agency from Africa or Latin America to know the best ways to improve my life. Why would a Canadian or American or European organisation know the best ways to improve the lives of people in Africa or Latin America? Shouldn’t they know, better than we do, what areas of their lives need improving and what the priorities should be?

Jessica Jackley, the founder of Kiva, spoke to a TEDGlobal audience in 2010. She reminisced about her realisation that “the poor” were not who she’d been told they were, when she was growing up.

Through exploration she discovered, “strong, smart, hardworking entrepreneurs who woke up every day and were doing things to make their lives and their families lives better.”

Jessica travelled through the developing world and met and talked with countless individuals. She learned about the changes they implemented for themselves (the “beautiful details” she called them) as a result of increased living standards precipitated by a microfinance loan.

Jessica says, “It was very humbling to see for the first time; to really understand that, even if I could have taken a magic wand and fixed everything, I probably would have gotten a lot wrong. Because, the best way for people to change their lives is for them to have control and to do that in a way that they believe is best for them.”

Aid transfers often come with ethnocentric strings attached. In other words, religions and governments give money, but attach conditions based on their own moral ideals and political agendas – in Zambian economist, Dambisa Moyo’s words, “despite the obvious lack of relevance to a local context.”

But by extending small loans to individuals or collectives, people maintain control and autonomy over their businesses and over their lives. Self-determination is key to self-actualisation, and isn’t that our hope for people, as we extend a helping hand?
The next question is – why am I banging on about this on a family website? Well, Kiva does more than offer microfinance products to the developing world, it offers learning opportunities for my son that I could not pass up; opportunities that you may be interested in for your children too.

This project is far from passive and I’m choosing to involve my son in every aspect that I can.

He was involved in selecting the parts of the world we would take an interest in. He wanted to help someone in Mongolia, because his interest in dinosaurs has put Mongolia on his four-year-old radar and he wanted to help a group in the Dominican Republic, because of the fun he had on vacation there last winter. He’s connecting with places that interest him and improving his understanding of these countries in relation to the rest of the globe.

We read through lots of stories and got to choose the borrowers ourselves. It was like armchair travel, giving insight into life in other parts of the world. We don’t often get access to the stories, culture and lifestyle of people in the developing world. Even when we travel to these countries, we’re often ushered back and forth from resorts, and leave with no more insight into the country than we came with.

These stories are addictive, for young and old alike. Even after we had chosen all our borrowers, we kept reading the stories.
There are financial lessons for children too. They can learn about lending, borrowing, loan terms, risk and repayment schedules. These are important concepts that many of us don’t figure out until we’re in a mess.

So, through Kiva, I’m giving some ambitious entrepreneurs a leg up, and I’m teaching my son, micro-economics, personal finance, geography, and cultural anthropology. I’m not sure who’s getting more out of this transaction, but I’m pretty sure it’s win:win. – Jen R, Staff Writer

Watch Jessica speak about her experience at TEDGlobal