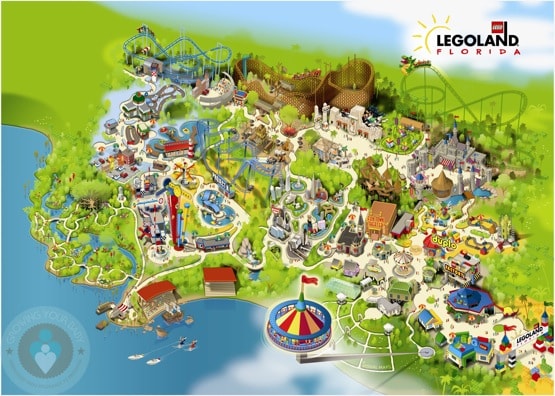 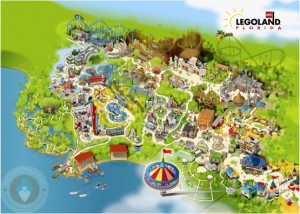 Families looking to vacation in Florida is Fall will have another attraction to add to their list.

Legoland Florida, a 150-acre resort that will feature attractions designed primarily for children age 12 and younger, is currently being constructed on the site of the old Cyprus Gardens.

Adrian Jones, the theme park’s general manager, spoke from the construction site yesterday and confirmed that the infrastructure has been finished. Crews are now starting build the attractions, put in rides and redo the buildings.

There are currently four other Legoland Parks in the world – Legoland® Billund in Denmark (opened in 1968), Legoland® Windsor, outside of London (1996), Legoland® California in Carlsbad (1999) and Legoland® Deutschland in Günzburg, Germany (2002).

As well as the Florida location, a Park project, that will open in 2012, is planned for Malaysia.

During a trip today where media were given the opportunity to the site from a helicopter, reporters were able to see to progress that has been made on the site. The center piece of the park, the castle, which will double as a loading station for the new Dragon Coaster ride is currently under construction. Its distinctive top can be seen from outside the park gates. The coaster from the former Cypress Gardens will be remodeled. As will the Triple Hurricane wooden coaster, which will the become Coastersaurus, and the Swamp Thing coaster will be transformed into the Lego City Flight School. 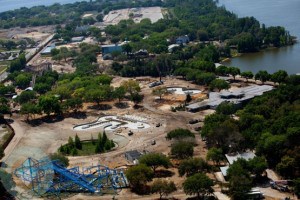 The current scene at the park is still dominated by dirt and concrete.   Mr. Jones  said today he hopes that will all change by July.

“You’ll be able to see a lot more physical rides in place, and you’ll start to see the first of that Lego veneer,” he said. “We’re also hoping to have a big chunk of Miniland completed by then as well.”

Legoland will be offering a discounted annual pass for $99 until April 30th, 2011 at legoland.com. Those tickets will be good when the park opens and through the end of 2012.

The big challenge for the park will be the location.

“We know it’s only 45 minutes from Orlando and from Tampa, ” marketing manager Jill Swidler told the Orlando Sentinel. “It’s not that hard of a drive. It’s just getting people over the fear that it’s a daylong trip.”

Experts like Scott Smith, a theme-park instructor at the Rosen College of Hospitality Management at the University of Central Florida, are divided on whether or not the 50 miles from downtown Orlando will hinder the park’s attendance. 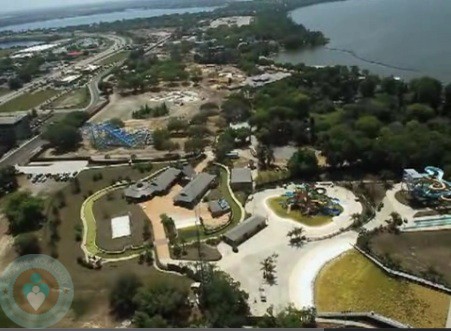 Lego’s favorable image with children and the parents will help, Smith said  “I think brand trumps distance,” he said.

We look forward to seeing the park evolve.  When it is done it will have 50 rides and attractions for families to experience!