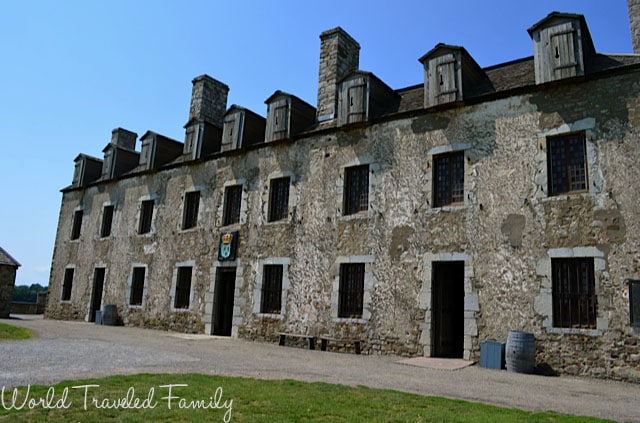 What started as a trip to see the Tall Ships, has turned into a Summer of learning about the War of 1812 and visiting some of the famous sites in and around our area.  After a trip to see Old Fort Erie a couple weeks ago, my boys asked if there were any other Forts in the area.  I looked into it and sure enough there were a couple more on the Canadian side (Fort George and Ft Mississauga) and a few on the American side.

With history dating back to the mid 1600s, Old Fort Niagara was used as a defence base since the 1700s.  In fact the French ‘Castle’ that sits at the far edge of the property was built in 1726 by the French.  It was designed to resemble a trading post, but housed a garrison of solders who were on duty 24 hours a day to guard the area.

Today, the whole site has been restored to reflect how the fort would have been used around 1755, when it was occupied by the French.

When you arrive at Old Fort Niagara, you will actually have to drive through a bit of a maze of round abouts to get to the back of the property where the Fort is situated.  There is also $8 fee to park when you first enter the park, but don’t worry that money can be applied towards your admission so remember to bring your ticket inside with you.

There is a small museum set up inside that houses the Garrison Flag(15 stars and 15 stripes) that would have flown over the fort during the War of 1812.  It was captured in 1813 by British Forces and wasn’t returned until 1994. 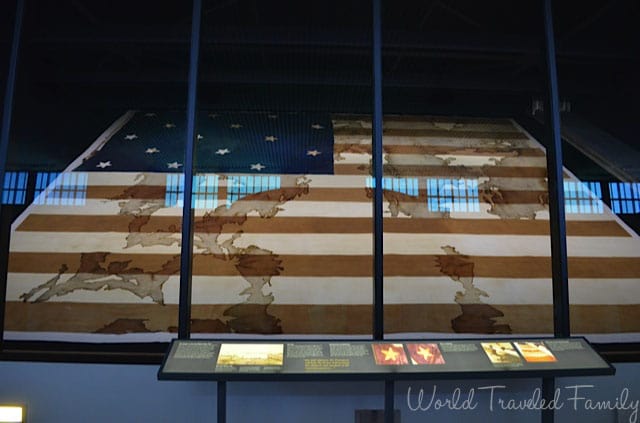 Inside the museum many exhibits show the evolution of the site from the 1600s to now and some of the artillery used by the forces to defend the area against opponents.

Outside, a path takes you to a bridge at the entrance of the fort.  Visitors are able to wander around all over the property and don’t have to stay in a specific area.  The kids from the family beside us loved the lush grounds and were having a blast rolling down the large hills that were built around the fort. 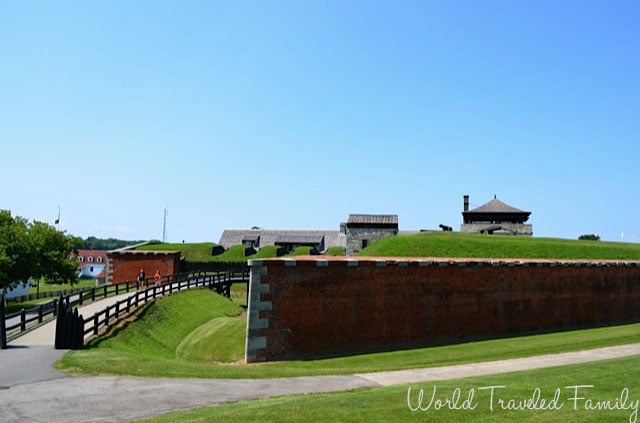 The Gate of Five Nations was originally built in 1756 out of wood. The structure that sits today was rebuilt in 1931.  Inside it features two large wooden wheels that allowed the soldiers to pull the draw bridge up if they were under attack. 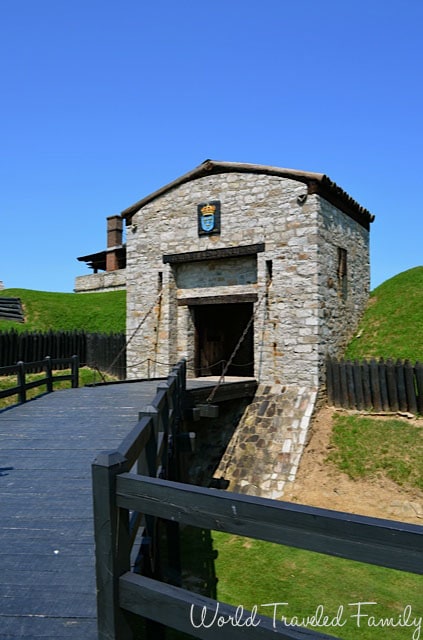 Visitors then pass through the South Reboudt, which was constructed before the American Revolution as a guard house.  This building was three floors high and house troops on the second floor and cannons on the third. 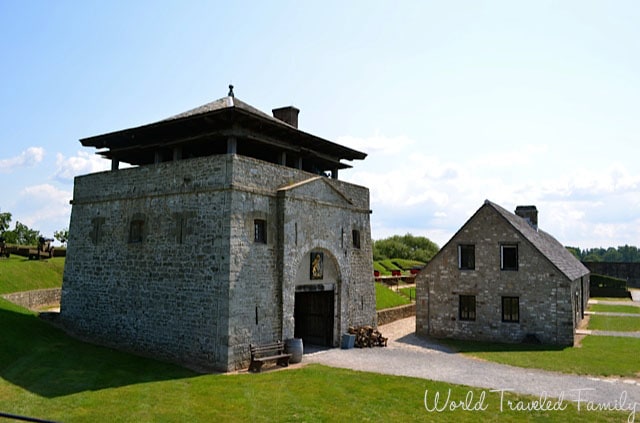 A museum(and an admin office) is housed inside the Provisions Storehouse to the left of the S. Redoubt. Just past that, the Powder Magazine, which was originally built in 1757, was used to store the garrison’s ammunition. 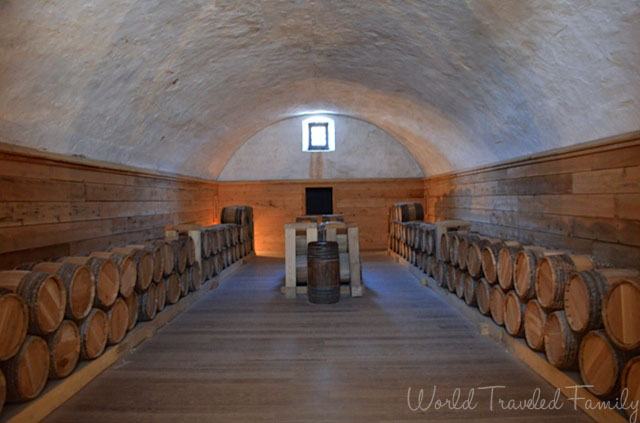 Before you enter the castle there is a bakery out front that would have been used to make bread for the soldiers. 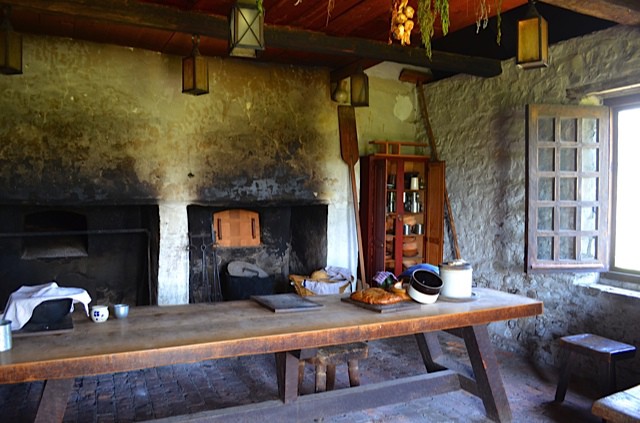 This building was rebuilt in 1762 after it burned down in 1761.  Its sole purpose was to bake bread for the soldiers.  We also learned that they would eat a loaf of bread every 3 days and that their diet consisted mostly of a soup that was made from salt water and a handful of beans that was flavoured by a hunk of meat that hung from the top of the pot.

The French Castle is without doubt the center piece of Old Fort Niagara.  It is also the oldest building the North America’s Great Lakes region.

Inside there are 2 guard rooms (one of the first and second floors), a store room for traded goods and another bakery. 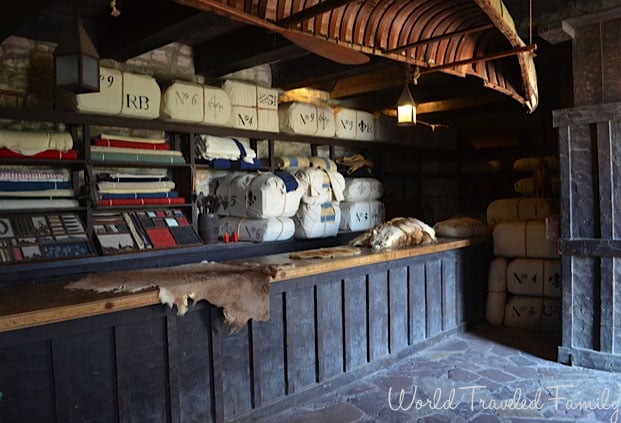 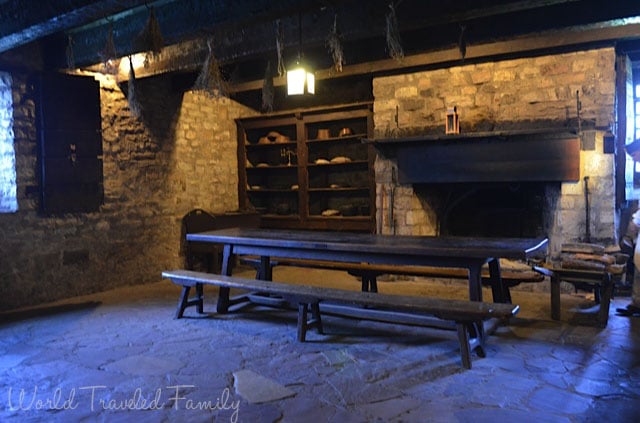 The second floor housed the chapel, Sacristy, the officers apartments and the commandant’s quarters. 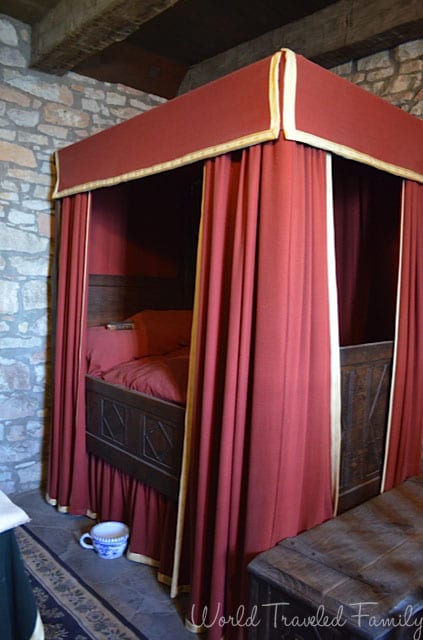 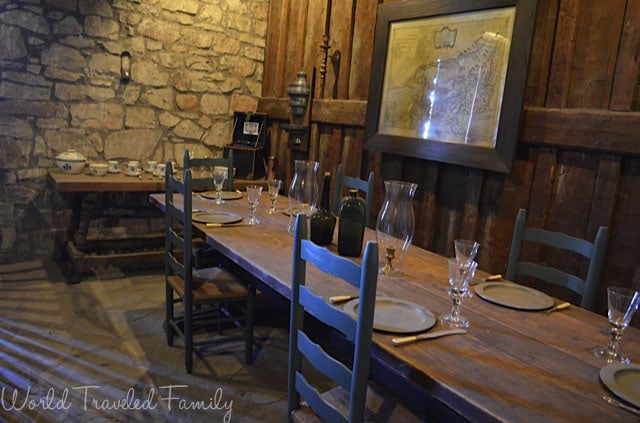 The third floor, which is empty has a story board that tells the story of Betsy Doyle. 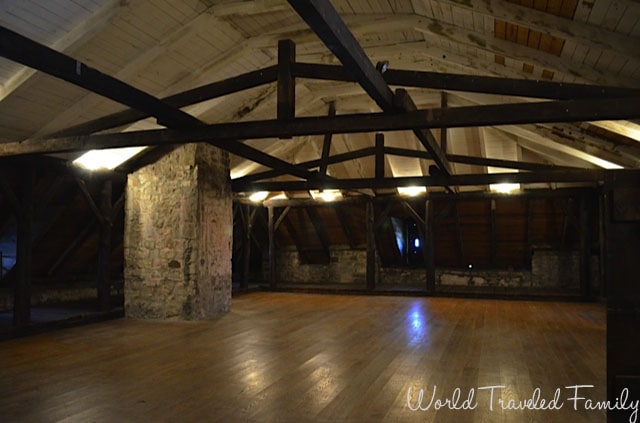 Shortly after her husband was captured at the Battle of Queenston, Betsy remained at Fort Niagara assisting in the war efforts by carrying cannon balls that were heated in the oven(Hot Shots) up to the roof of the castle to be shot at Fort George across the river. She also wore a uniform and stood guard at the Fort during a rainy night on December 18, 1813. The next day when the fort was captured by British and Native forces she managed to escape with her 4 children and traveled more than 300 miles to safety. Her husband was released the following year but was never re-united with his wife. Instead she passed away in poverty in 1819, never being paid for her time spend defending her country.

After we visited the castle, we made our way to the other side of the property where the North Redoubdt stands. Originally designed with a powder magazine inside it, this three floor guardhouse, housed soldiers and also cannons on the third floor. 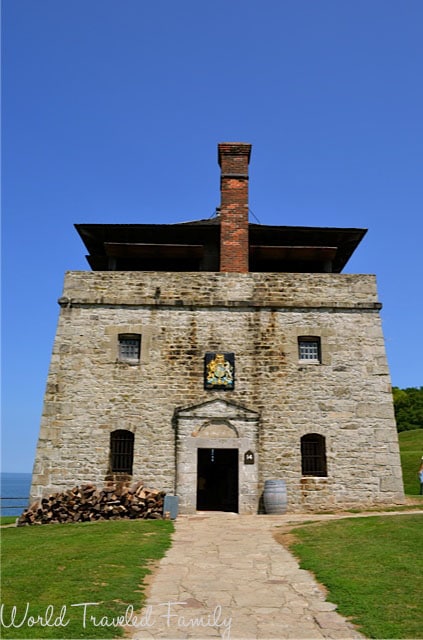 The view from the third floor is pretty nice. 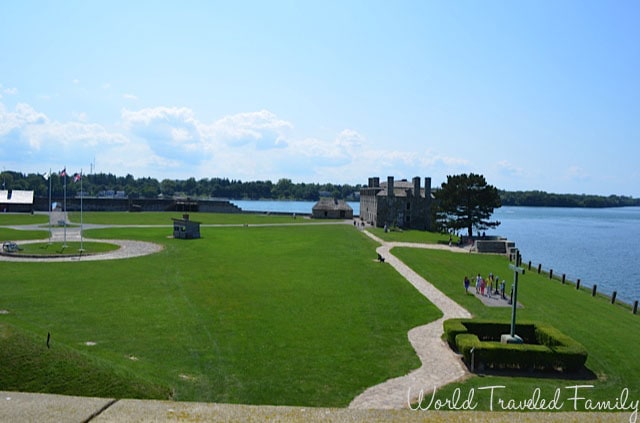 The outer walls of the fort are not all solid. Some areas were cut out to allows cannons to jut out for additional protection. Underneath, you can tour the Casemates that housed four 24-pounder cannons. Just down the hall there are also firing slits for rifleman and another powder magazine so they didn’t have far to go to re-fill. 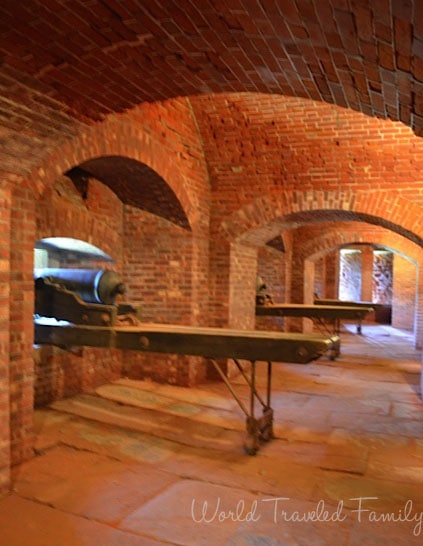 History was never my strong suit in school because I couldn’t visualize the information I was being given. Visiting these sites this Summer has given my kids an opportunity to learn first hand how life was for these families during these times and also to see how different they lived from how we do today.

For this reason, I highly recommend a visit to Old Fort Niagara is you are in the area!