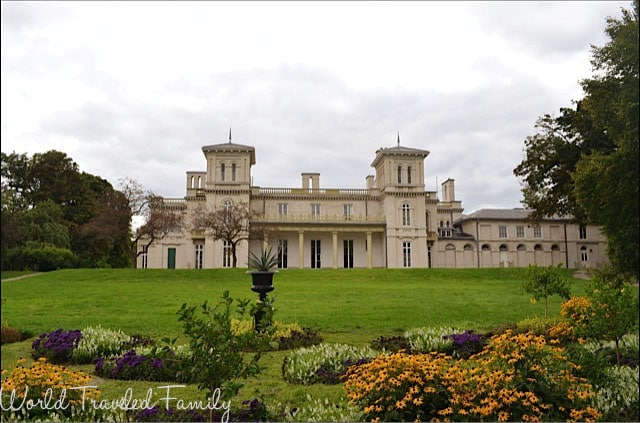 Going Back in Time at Dundurn Castle in Hamilton

This Summer I have enjoyed touring the province learning more about our history and heritage.  There are so many interesting historical sites that have been preserved and restored to their former grandeur.

We have spent quite a lot of time in Hamilton visiting the Canadian Warplane Museum, the HMCS Haida and also exploring the Bruce trail.  Looking for something new to show the kids, I came across Dundurn Castle.  Built in 1832 for 175,000 by Alan MacNab, this 18,000 square foot, seventy-two room home has been restored to give visitors a peek into the life of this Victorian family. 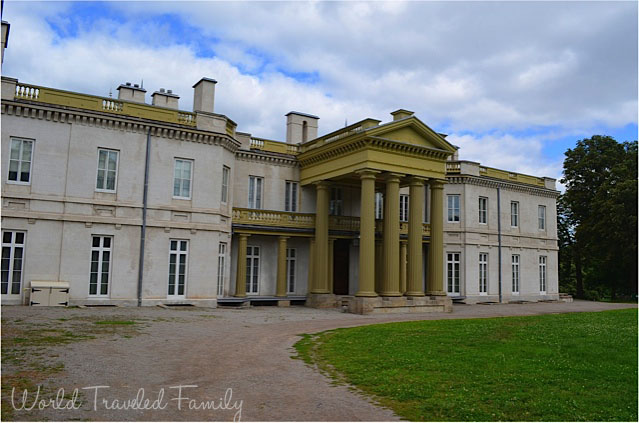 When you arrive at  Dundurn Castle you will notice it’s not actually a castle, but more a mansion.  The biggest home in the city at the time, it was called a castle because of how big and opulent it was.   For a home that was built 180 years ago, it was incredibly modern in the way that it was designed and run.

Visitors are not allowed to roam around the house, but instead must view it as part of a tour.  I personally love this because it means you will truly learn all of the details about the property.  I was, however, a little concerned that the kids wouldn’t stay interested.  Thankfully, our tour guide did a great job of explaining things in a way that they could relate to.

Upon entering the house we were ushered into the entrance hall, which appeared to be done in marble.  Instead, the walls are plaster, with faux finish applied to them. 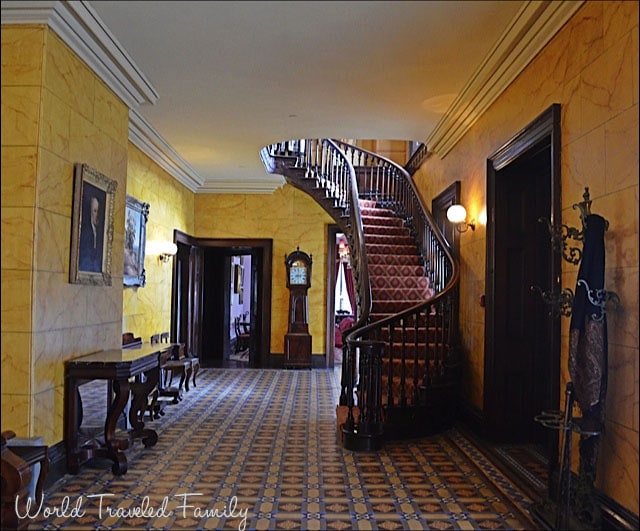 The first room we toured was the drawing room.  Designed in various shades of pink, this was the fanciest room in the house.  The MacNabs would entertain friends and family in here on special occasions.  The couple’s daughters were not allowed in the living room, except for when they were having guests over. 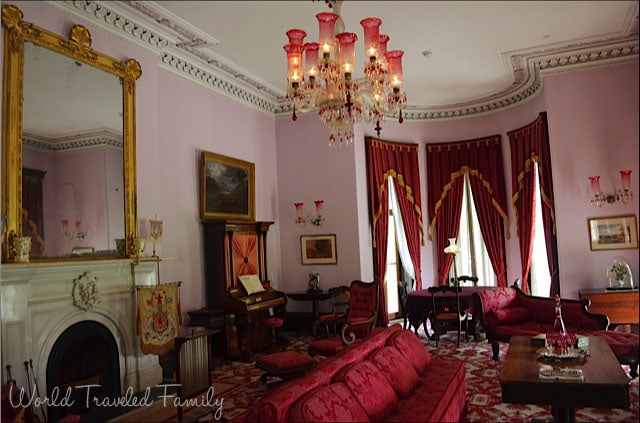 Just down the hall was the library and Mr.MacNab’s smoking room.  Also on the main floor was the Bulter’s quarters.  As the number one employee, he made the most money and had the nicest accommodations.  The butler’s pantry, which served as his personal working area, was also equipped with a dumbwaiter,  a mini lift-shaft that transported the family’s food from the basement to the main floor. 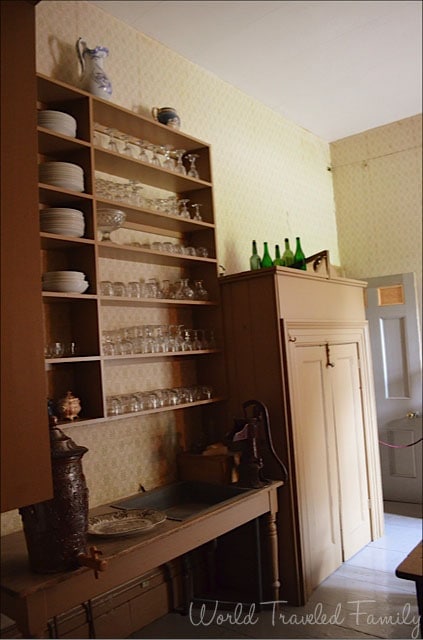 The food would then be served to the family in the dining room. 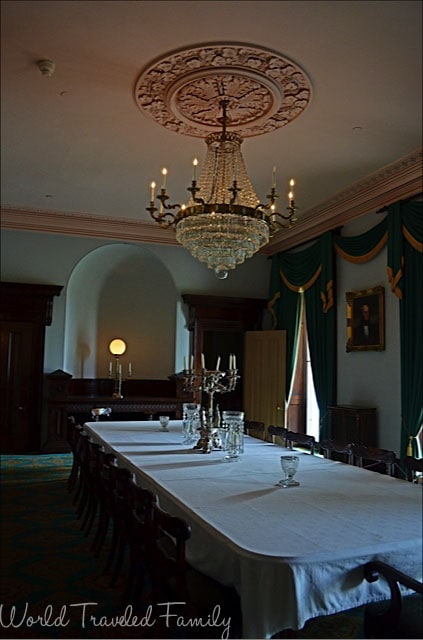 All of the family’s living quarters were located on the second floor.

Mr. MacNab was married twice; first to Elizabeth Brooke, who died 5 November 1826, possibly of complications following childbirth and to Mary Stuart, who died 8 May 1846 from tuberculosis.  He had two children, Robert and Anne Jane, with Elizabeth and two daughters, named Sophia Mary and Minnie with Mary.

Sophia and Minnie were quite fortunate to have a large area of the upstairs to themselves.  On top of having their own rooms(each with a fireplace), they also had a large playroom. 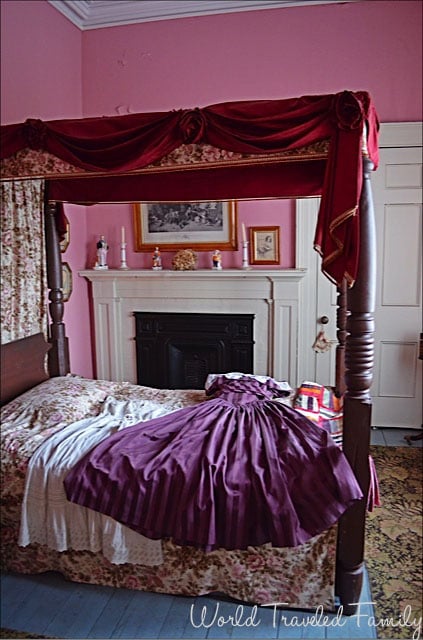 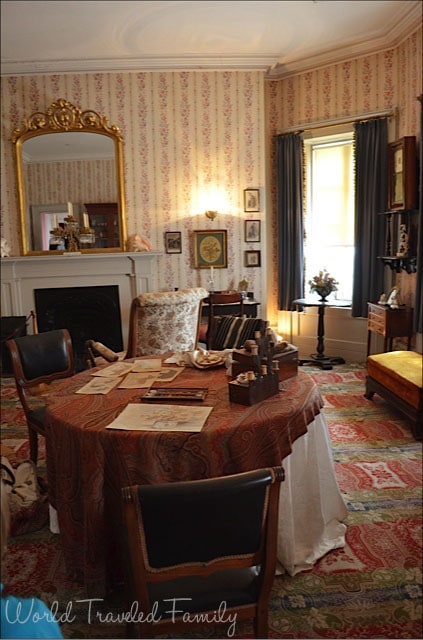 They girls were also home schooled in a room setup specially to learn down the hall.

Because Mary was sick for almost seven years her room was arranged much like a hospital room.  Mr. MacNab had his own suite just down the hall(pictured below). 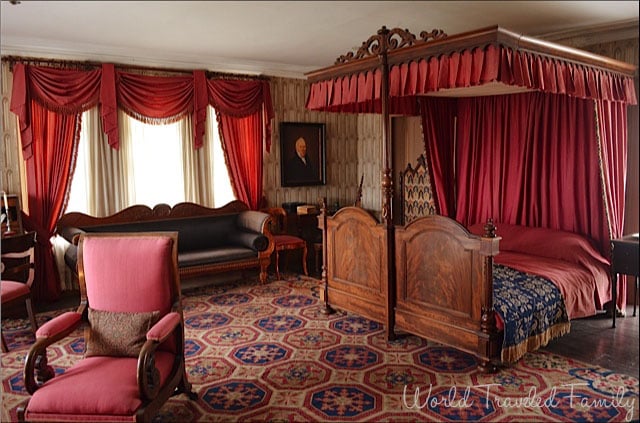 Dundurn Castle was designed with huge windows on the lowest floor to allow light to shine into every room.  This was perfect because most of the staff who ran the house worked in the basement where there were a large number of rooms set up for different tasks. 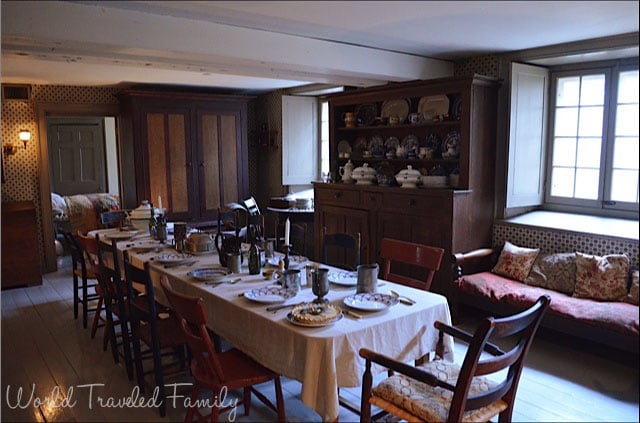 Staff(the Butler excluded) would also dine and sleep(ladies) in the basement(pictured above).  The chef, who’s bedroom was just the hall,  prepared 7 meals a day; 4 for each member of the family and 3 for the staff. 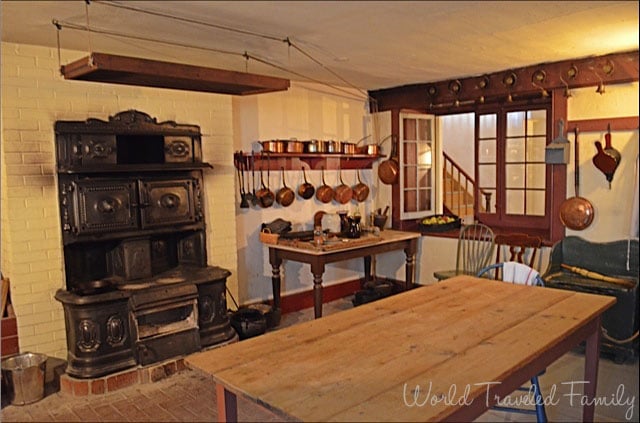 Even though it was built years after the war ended, Dundurn Castle had some ties to the war of 1812.  A tunnel and an area in the basement were built by the soldiers during the war to store ammunition.  Mr. MacNabb used the tunnel to lead into the laundry room and the ammunition area was re-purposed as a wood storage area. 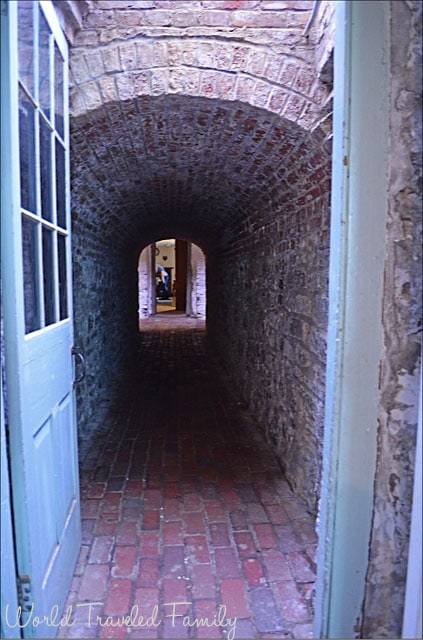 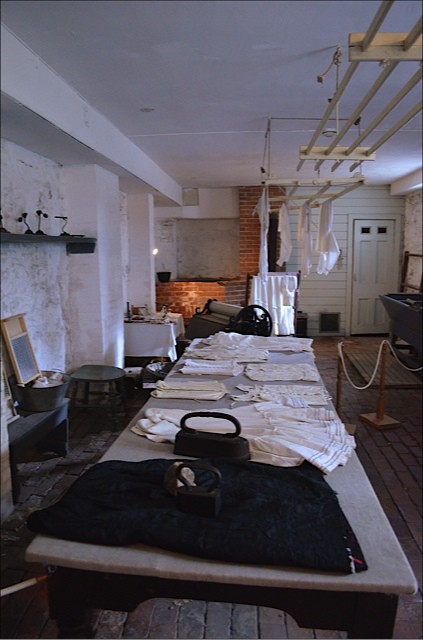 We thoroughly enjoyed visiting Dundurn Castle and loved hearing stories about this family as we toured the house.  The City of Hamilton has spent nearly $3 million renovating it to make 42 of the original 72 rooms open to the public. If you are visiting the area I highly recommend a drop by to see it and the surrounding grounds.  The Hamilton Military Museum is also located on the property.