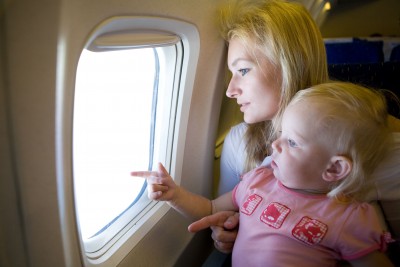 Should Planes Have a "Families-Only" Section?

The poll was conducted in the wake of a settlement made by Australian airline, Quantas, to a 67-year-old passenger.  The passenger had sued the airline after a 3-year-old screamed, on her flight, causing her excruciating pain.

Predictably, the demographic that has come out in favour of families-only sections is made up of people who do not have young children themselves and, “want to sit as far away as possible.”  A previous poll conducted by Skyscanner found that young children are the “most annoying” factor on flights.

But, I would propose that young children are not the most stressful or ‘annoying’ factor of flying.  I am no stranger to air travel; long haul, short haul, with kids, without kids, I’ve done it.  It usually isn’t the baby on the flight that’s stressing me out…it’s the big drunk guy.

You know the guy.  He’s the one sitting next to you drinking rye and ginger until he pukes and falls asleep on the way to Australia.  Or the guy flying to Cancun, with his buddies, who puts his feet up on the armrest across the aisle while eating a giant sandwich (elbows out) and then leans over you so he can look out your husband’s window.

If they’re going to start a ‘families-only section’ than they should cordon off a ‘jackass’ section too. – Jen R., Staff Writer

Previous articleRoad Trip With the Kids? Here are Some Tips to Get You Through
Next articleFeatured Review: Joovy Kooper