Walt Disney World has a magical Summer planned for visitors who are planning to visit any of their 4 parks in Orlando Florida.  Throughout the past few months we have been keeping your up-to-date and some of the new experiences that Disney has been developing.  Here is a full rundown of what you can expect if you are visiting the parks this Summer!

Disney Announces Pandora – The World of Avatar To Open Summer 2017 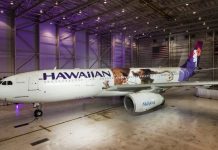