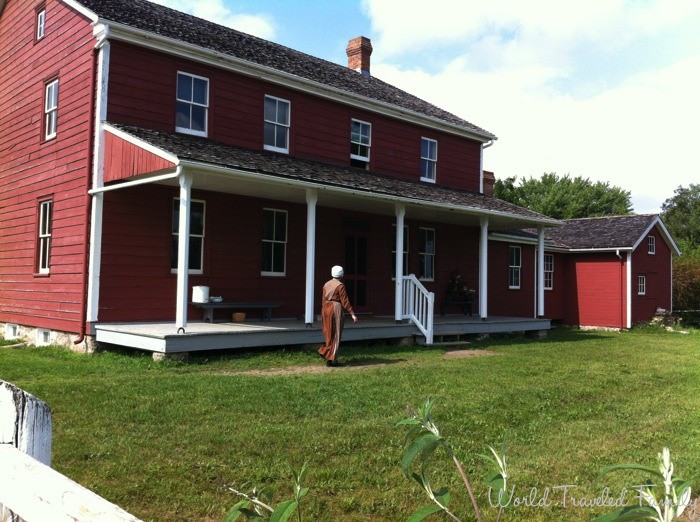 Travel Back 100 years at The Doon Heritage Village

While looking for something to do with the kids last Summer I stumbled upon the Waterloo Region Museum and Doon Heritage Village.  A sprawling ‘town’, just at the edge of our city, this attraction is a great way for kids to learn more about the history of the Kitchener-Waterloo area and the people who laid the foundation for the city it is now. 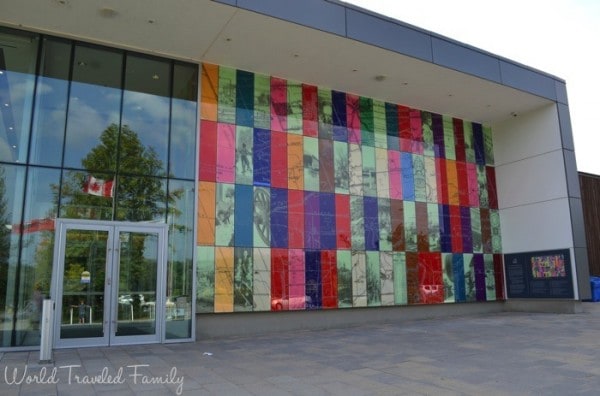 With two areas to explore, this destination has become a favorite spot for us to visit when we are looking for something to do close by.

When you arrive the first space you will tour is the Museum.  A large collection of memorabilia from years past, this building spotlights the companies and industries that made the area a popular spot for immigrating families.

Waterloo Region’s story spans thousands of years, from First Nation’s peoples’ first connections to this land, to European settlement and industrialization, to the vibrant high tech community of today.

As you enter you will be welcomed by a bright red wheel. 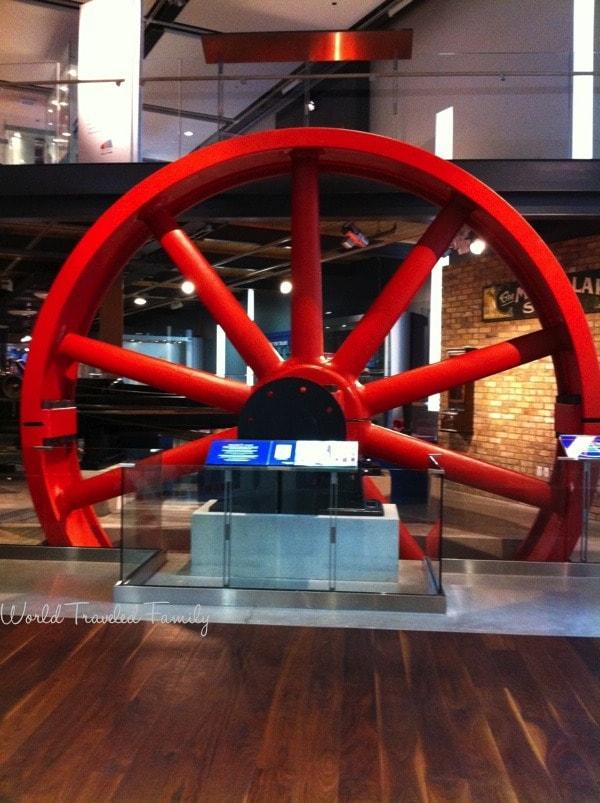 Hazel, the steam engine, was installed at that time to operate a huge generator which supplied all the power for the Kaufman Footwear factory’s eight electric motors and the lighting system. The exhaust steam from the engine also helped to heat the building during the winter.  Sadly, in 2000, after almost 100 years of business, the Kaufman Footwear declared bankruptcy. But Hazel still remains to remind us of the incredible innovations that powered industry so many years ago.

When Abraham Weber (1787-1867) immigrated to Waterloo County from Pennsylvania in 1807, he did so in a caravan of four wagons, bringing more than eighteen settlers.  The Conestoga wagon he used is on exhibit in the Waterloo Region Museum.  This wagon is one of only a few original Conestoga wagons from the 1700s remaining in North America. 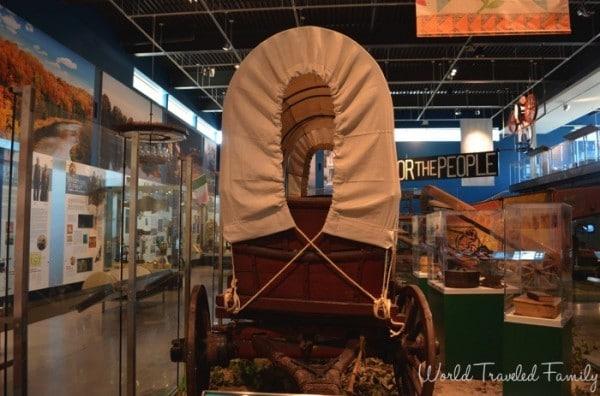 As you wander around the museum you can see the evolution of industry, some of the great companies that made this area famous for being manufacturing a mecca.  Everything from children’s toys, home electronics, clothing and footwear was made in this city over the last century. 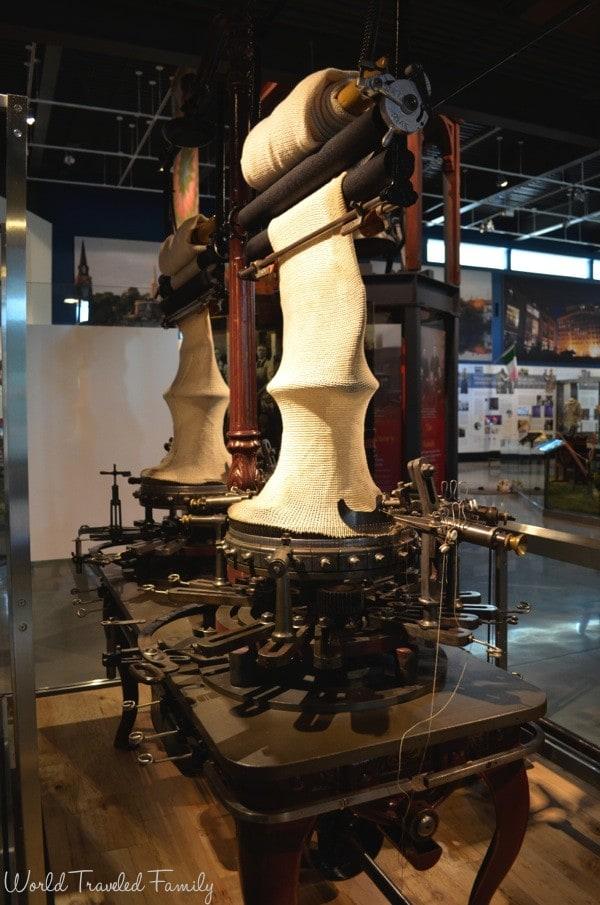 Upstairs the museum has set up a gallery to spotlight some of the incredible people, who have made a difference in the area.  Here you will find the Andrew Jenkins display.  The Waterloo resident became a media sensation in 1869 when he rode a bicycle-like contraption on a rope stretched across the gorge at Niagara Falls. 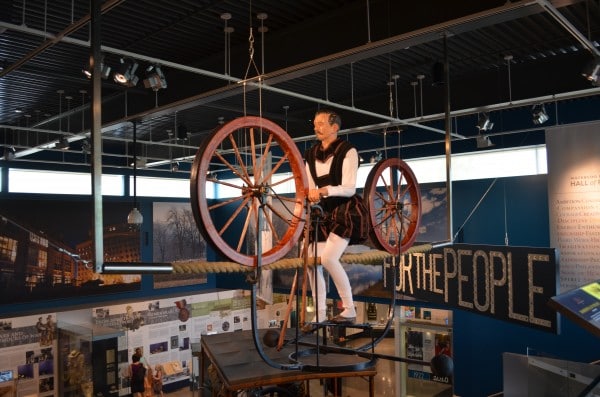 After learning about the region, you can venture outside to see how local families lived 100 years ago.  Set in 1914 the Doon Heritage Village is a small town that is set up to show life for families in all socio-economic brackets.

The first stop is the Petersburg train station – complete with a Steam Train Engine 894 that was gifted to the City of Kitchener in 1964.  Every kids wants to climb on this train and they can!  They can also go inside the station and grab a ticket to their destination. 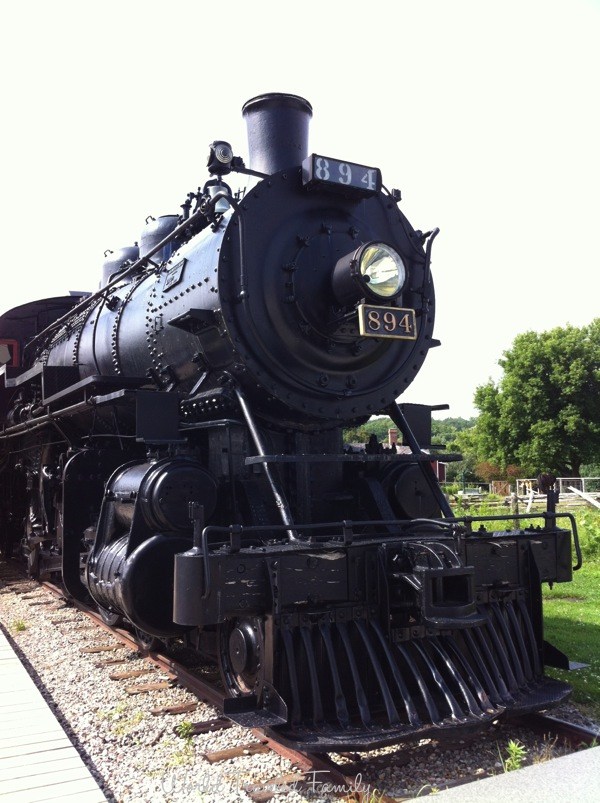 Just past the train is the Martin Farm house, which features 4 kitchens, and two living spaces for the family and their in-laws.  Kids can pump water in the sink or get a look at some of the toys kids a century ago played with.  This incredible home features two huge floors and also a cellar. 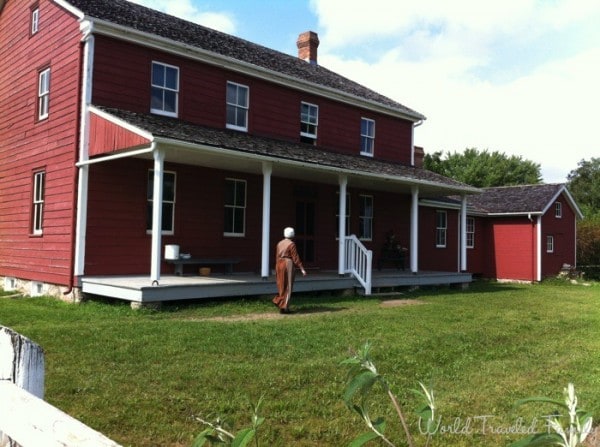 Next you will head down the gravel path, through the covered bridge to town where there is a general store, post office, seamstress, blacksmith and meat shop.  In many of these building there are staff on hand to help teach visitors about what their shops purpose was and what the town’s residents would do there. 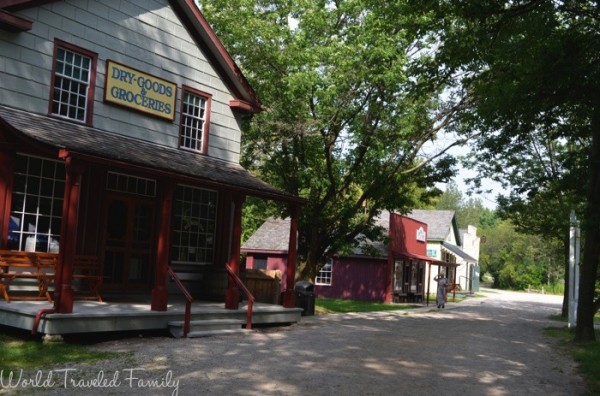 As you make your way through the town make sure you look to see if there are any special activities being offered.  In the past my boys have helped with manually cleaning and hanging the laundry, but this past weekend they got to fish in the river beside the bridge and did some barn chores which they are still talking about. 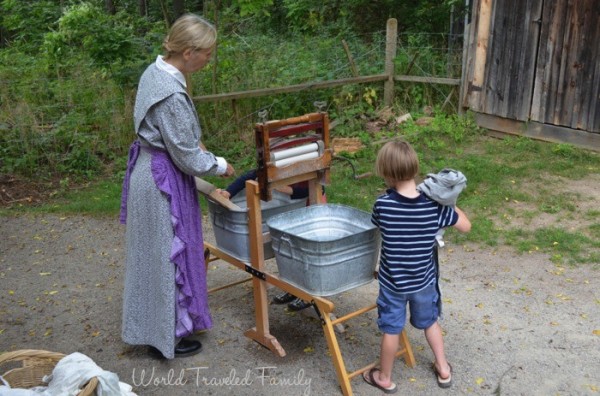 History lovers will enjoy that there are a variety of homes in the town that show how different families lived during this time.  Aside from the Martin Farmhouse there is the Sararas/Bricker Farm, Siebert House, and McArthur house(below). 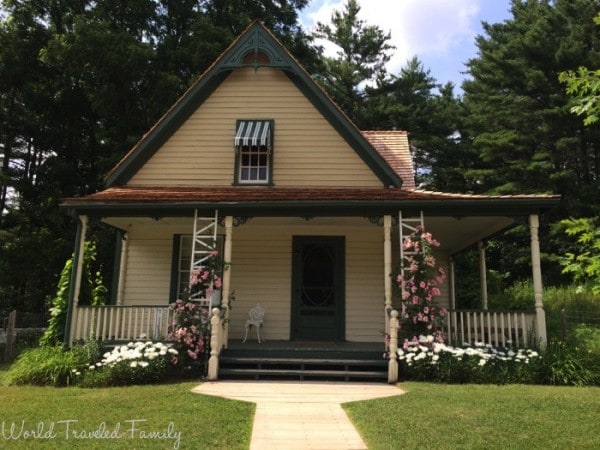 Founded in 1956, many of the many buildings were relocated to the village or were replicated to exhibit collections in the 1960s.

Often threatened because of growth and road construction, the sites were transferred and set-up to be appreciated by future generations. In 1966, the Limerick Cemetery located near Highway 8 and Highway 401, stood in the way of development and ultimately, more than one hundred burials were disinterred and reburied next to the Freeport Church at the village. 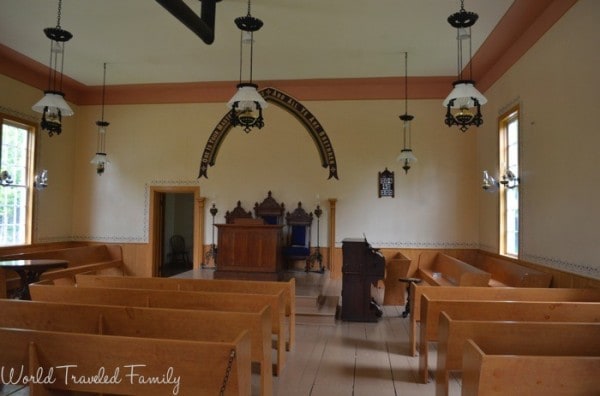 During the 1970s, several buildings were moved to the village –  most notably was the aforementioned Peter Martin House moved from Weber Street North in Waterloo. The house, built ca. 1820, was originally owned by Peter Martin and his wife Anna Zimmerman. Many members of the local Mennonite community trace their ancestry back to this family.

If you are stopping by for a visit plan to spend three of four hours between the Museum and the village.  There is a lot to see and do.

Please visit the WaterlooRegionMuseum website for more information on hours, location and admission