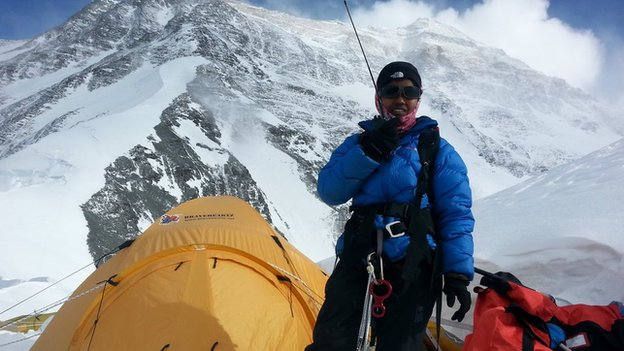 At 13 years old she stood at top of the world’s tallest mountain. Malavath Poorna, an Indian tribal schoolgirl became the youngest girl  to climb the Mount Everest on Sunday and says she dreams of becoming a role model for tribal children. 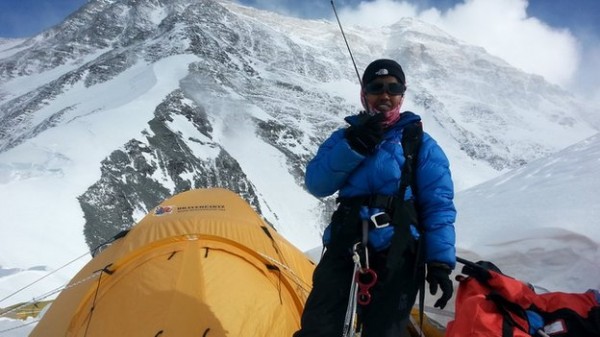 Speaking after her incredible feat, the young girl said that she hoisted the Indian flag at the summit and also left a photograph of Dalit leader BR Ambedkar there.

According to officials her effort is all the more noteworthy because she climbed the peak from the more difficult Tibetan side. Most climbers attempt the 8,848-metre (29,029-ft) Everest from the Nepalese side, which is easier. But Poorna could not do so as Nepal does not allow someone under the age of 16 to climb the mountain from their side. 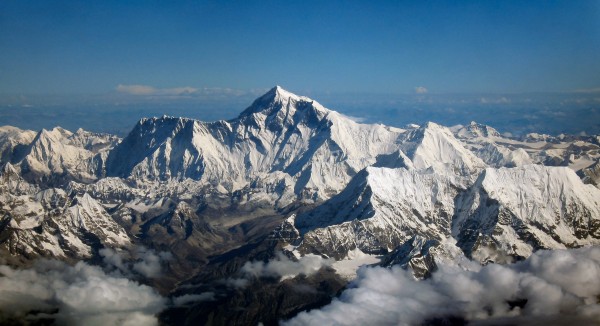 World’s youngest Everest climber – American Jordan Romero ascended the peak in 2010 when he was 13 years and 10 months old. Poorna at 13 months and 11 months old thus became the second youngest person in the world to achieve this tall feat.

Poorna was accompanied by Shekhar Babu an experienced mountaineer, her friend Anand Kumar, a 16 year-old-boy from a poor family like hers, and a group of sherpas.

Speaking through a satellite phone at the Everest base camp on Wednesday she said,

“I was initially afraid, but the training I received helped me overcome my fear. I never thought of giving up.”

“The aim of my expedition was to inspire young people and students from my kind of background. For a tribal like me, opportunities are very rare and I was looking for one opportunity where I could prove my calibre,” she says.

Poorna also adds that the one thing during the expedition that she did not like was eating ‘packed food’ and she missed her mothers home-cooked food a lot, especially her fried chicken.

Both Poorna’s parents are agricultural labourers with an annuam household income of Rs. 35,000 or 595 dollars a year. She lives in a small tribal village in the state of Andhra Pradesh in southern India.

The young girl enrolled herself in a training program for outdoor activites after her parents and villagers encouraged her to participate. She prepared for the Everest climb in mountains of Darjeeling as well as Ladakh.

Poorna learnt about the deadly avalanche that killed 16 sherpas on the Nepalese side of the Everest just days after her arrival at the base camp but she says that the news did not deter her and she has already made her resolve to climb.

Of the view from the top of the world, she says, “All around me were mountains. It was very beautiful.”