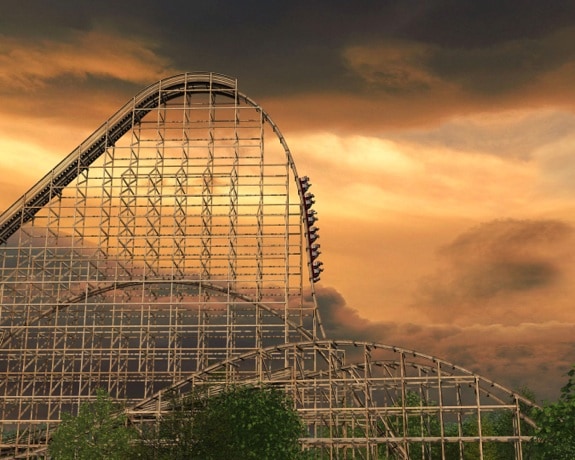 Coaster enthousiasts take note!  Next Spring Six Flags Great America is set to debut Goliath, the fastest wooden roller coaster in the world.  It will feature the world’s tallest,  steepest drop and will boast three world records making it the most extreme coaster of its kind on the planet!

“Six Flags Great America is known for introducing record-breaking and first-of-its-kind roller coasters,” said Hank Salemi, Six Flags Great America park president. “Goliath will be unmatched – setting not only one, but three world records and featuring two inversions. All of the ride elements, including an 85 degree plunge down the tallest drop on a wooden roller coaster, make Goliath the most extreme wooden roller coaster in the world. We are thrilled to bring this record-smashing coaster to our guests for the 2014 season.”

Goliath takes riders up a mammoth 165 foot lift hill, then plunges them down a record-setting 180 foot, 85 degree drop, crowning it the tallest and steepest drop on a wooden roller coaster in the world. Riders will gain record-breaking speeds of up to 72 miles-per-hour and blast into jaw-dropping maneuvers including three over-banked turns, a 180 degree zero G roll, an inverted drop and an inverted zero G stall. Goliath completely annihilates the wooden roller coaster competition.

Goliath will make its home in the County Fair section of the park. Construction begins this fall and Goliath is scheduled to open spring of 2014. 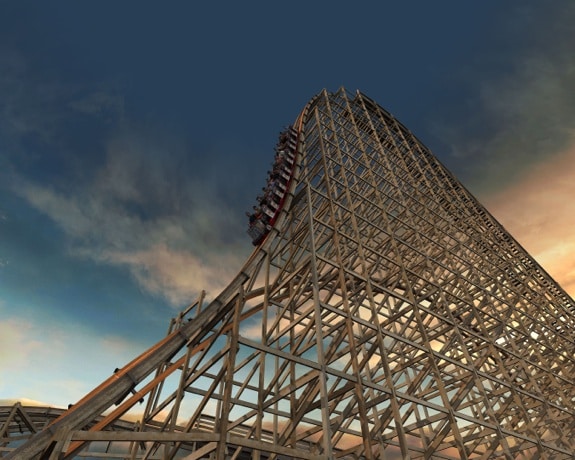 The park will also host the biggest Fright Fest® ever this fall. Six Flags Great America’s annual celebration will undergo the largest expansion in the park’s history with more haunted houses and ghouls than ever.

Previous articleDisney Parks Unleashes the Villains on Friday the 13th!
Next articleMackenzie King Estate Reopens To The Public