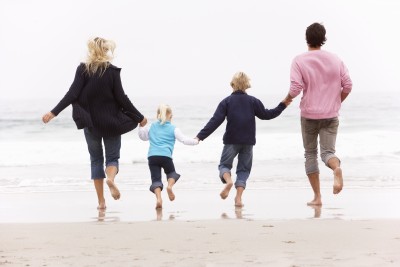 More working moms are taking time off from their multitasking roles and planning a family vacation a new national survey reveals.

Nashville-based WhyMomsRule.com conducted a survey between 14 and 17 January involving 634 women who had at least one child at home. They found that 64 percent of the working moms looked forward to taking all of their paid vacation time. The trend was much higher than last year when only 57 percent of the women thought of a family vacation. However, just like last year most of these corporate women planned to pay for the trip from current resources rather than using credit.

The poll also found that while 26 percent moms book three to six months in advance for their trip, most of them book for the travel close to the date of departure.

David Bohan, chairman and CEO of BOHAN, an advertising and marketing firm that created the poll for WhyMomsRule.com says, “Moms are pocketbook prudent when it comes to travel. They’re taking the long view, declaring the importance of family vacations while being careful how they pay for them.”

Almost half of the moms planned to pay for the vacation from their monthly savings followed by tax refunds. A very small percent really considered using credits for the family trip.

There has also been a shift in the way moms cut back on expenditures to afford the vacations. According to the poll in 2010, 42 percent of the women cut back on restaurant dining for the whole year to save for the trip but this year the percentage has reduced to 33 percent. The emphasis this year is to make more prudent spending during the vacation itself.

The working women also prefer to fly over driving. The percentage grew from 28 to 36 percent this year with more flight preferences. Moms are looking for new destinations as well the trend growing from 25 to 32 percent.

Not the ones to be ignorant about current issues, the moms were found to be well aware about the Gulf Coast region and the tragic oil spill. But showing their optimistic side, more than 57 percent were ready to travel to that destination again. The caution was only raised when it came to allowing their kids to dive in the waters at the coast. 37 percent did not want their kids in the water, 30 percent were not sure and 32 percent considered it okay.

“Consumers have long memories about travel destination disasters. Destination marketers have a long road to travel to educate people about current facts – long after the original trauma is gone,” Bohan said.

The poll clearly indicated though that working women were well aware of different travel destinations, wanted to experiment with new destinations, but at the same time prudent enough to plan an affordable family trip. – Atula, Staff Writer